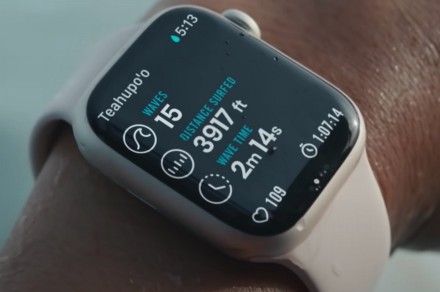 Apple’s smartwatch portfolio is getting a new member this year, one that’s all about ruggedness and is targeted at extreme sports enthusiasts. According to a report from Bloomberg, Apple is going big and bold for its upcoming sturdy smartwatch slated to debut in the fall. However, buyers might also have to pay a pretty penny for it — possibly $700 or more.

Talking about the core upgrades, the wearable in question will offer a 2-inch display, the biggest ever on an Apple smartwatch so far. The Tim Cook-led company gave a screen real estate bump to the Apple Watch Series 7 last year, which came armed with a 1.9-inch screen.

The material of choice for the casing will also be sturdier compared to the recycled aluminum found on Apple’s current-gen smartwatches. Battery size is also going up, ensuring that fitness enthusiasts can go longer with their fitness regimen without having to place their smartwatch on a charging puck.

Just like the vanilla Apple Watch Series 8, its rugged sibling is also said to offer a temperature-sensing feature that will tell users if they need to get checked for a fever. Some improvements are also being made on the software side of things. The report, which comes courtesy of the ever-reliable Mark Gurman, notes that the beefy smartwatch will also “improve tracking metrics like elevation during hiking workouts and data while swimming.”

Gunning for another niche

It is no hidden secret that the Apple Watch’s debut killed a certain upstart named Pebble. But so far, the Apple Watch hasn’t really been the go-to choice for performance athletes, a segment where the likes of Garmin and Polar have made a name despite offering far fewer features compared to the Apple Watch.

Take for example Apple’s latest and greatest, the Series 7. It comes with a…