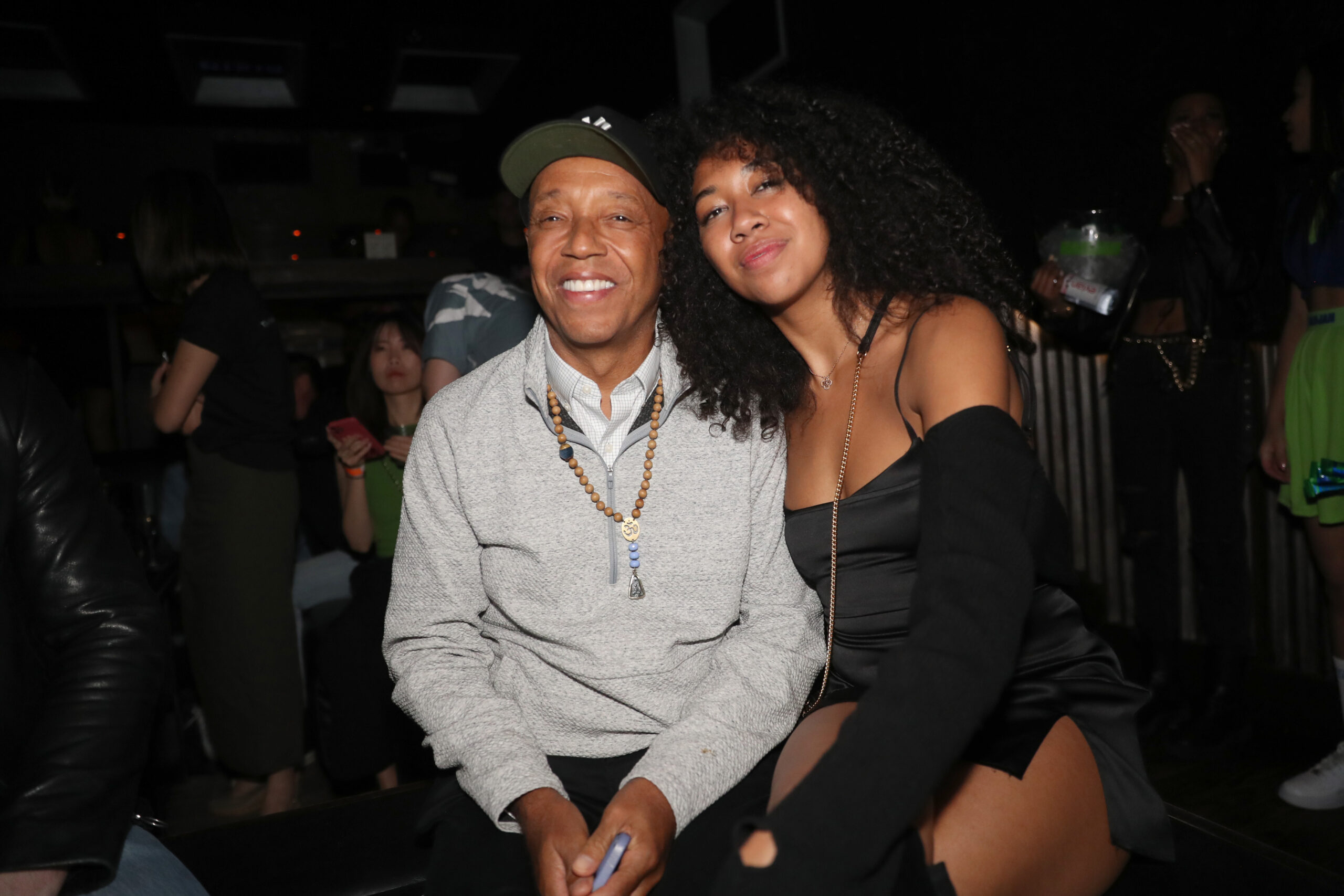 Aoki Lee Simmons clapped back at critics for pursuing a modeling career while studying at Harvard University. The daughter of Kimora Lee Simmons and Russell Simmons‘ was accepted into the Ivy League school at the young age of 16 years old. Now, at 19, she’s hitting the books and the runways in New York.

Fashion and beauty are staples of her family’s background so it’s no surprise when Aoki began hitting runways like her supermodel mother. Aoki made her runway debut walking in the Pyer Moss Couture Show as part of Paris Couture Fashion Week in July 2021.

The student and fashion model defended her career choices in a video response to a TikTok fan who asked, “You’re so articulate and obviously educated…how come u chose modeling?”

Aoki replied, “One, models aren’t uneducated and inarticulate. Two, I think you’re really getting at is why I am going into a field that doesn’t necessarily require a degree or require a whole lot of book smarts when I have a lot of education, right is the question?”

“Well one because I love it and I think she should normalize you liking something,” she continued. “You don’t have to do what you were immediately good at. Growing up I was a great volleyball player because I was tall. I didn’t have to just go into volleyball forever because I was good at it from a younger age.”

According to her Instagram bio, Simmons is also a “poet in training.” She pointed out that “you can be good at something and not want to do it forever” and shared her second reason for calling herself “That Harvard Model.”

“I really want us to move to a future where young women are not being asked this question. I would like to change the idea that you can’t be smart and pretty, be smart and enjoy your looks or enjoy a beauty fashion-based career,” she explained. “One, that requires plenty of smarts and two, it’s OK to be two kinds of people in one…