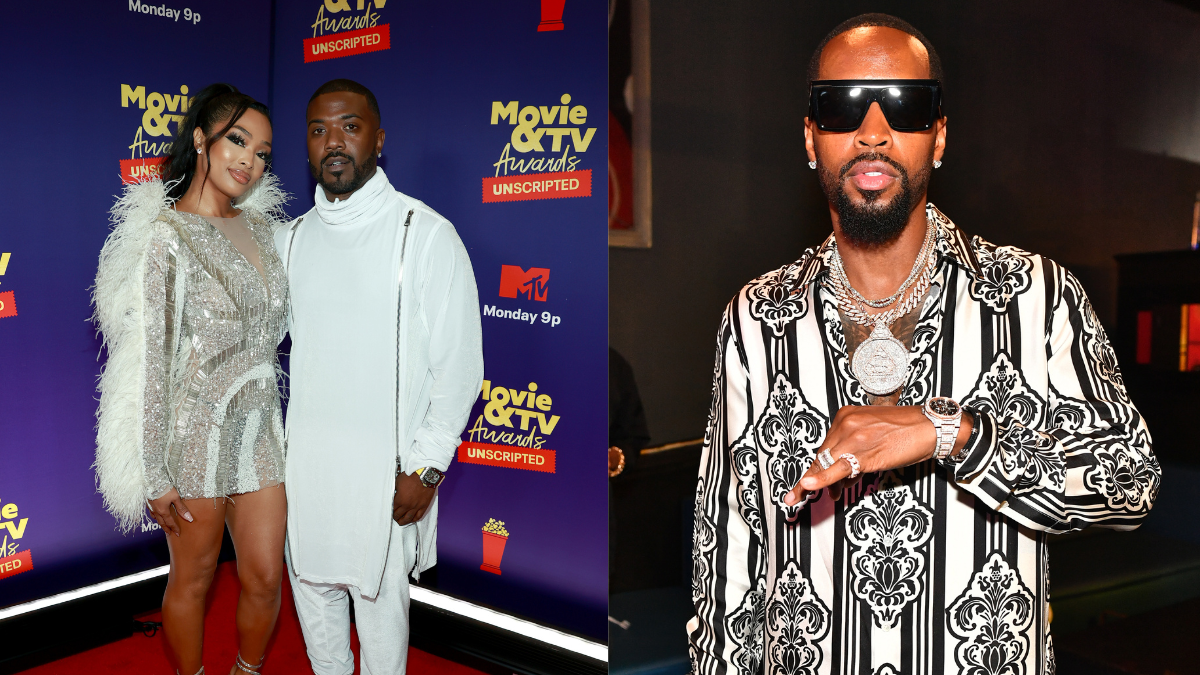 Fans are rolling after Safaree Samuels ruined what looked like a touching moment between estranged husband and wife Ray J and Princess Love. The “Love & Hip Hop: Hollywood” stars have been friends for years and are reportedly partying on an island, according to Samuels’ Instagram Story. Fellow “Love & Hip Hop: Atlanta” stars Spice, Yandy Smith and Karlie Redd were also in attendance in one video.

Fans were taken back by the Jamaican superstar Safaree singing over a second clip of Ray J and Princess cuddling, captured by The Shade Room. It was all good until the pair turned around and realized Safaree was screaming the lyrics to Ray’s single “One Wish” at the top of his lungs.

Fellow “Moesha” star Marcus T. Paulk wrote in the comments, “@safaree u gotta chill bro.” One individual said, “Took me a minute to figure out what he was singing.”

A handful described Samuels’ as a “whole comedian,” while others said he “sound like the drunk uncle that gets a hold of the mic @ the family reunion.”

A few fans focused on Love’s messy hair, writing, “Sis definitely had a good time, that hair is sweated all the way out.” Dozens more zoomed in on her face, writing statements such as “its Princess’ face for me.

Last we heard, Ray J and Princess Love were headed for divorce despite six years of marriage. The two reconciled the first time after the singer/songwriter originally filed for divorce back in 2020. Love filed the second time months later, and we thought they had worked through their issues until the “Sexy Can I” singer filed for divorce again last October. Here’s what others had to say about their relationships and Safaree’s vocals in the comments.

“If ‘I’m never lettin’ up off this n—a’ was a person & Safaree is a whole fool LMAOOOOOOO.”

“If ‘that’s mine and imma stick beside him’ was a person.”