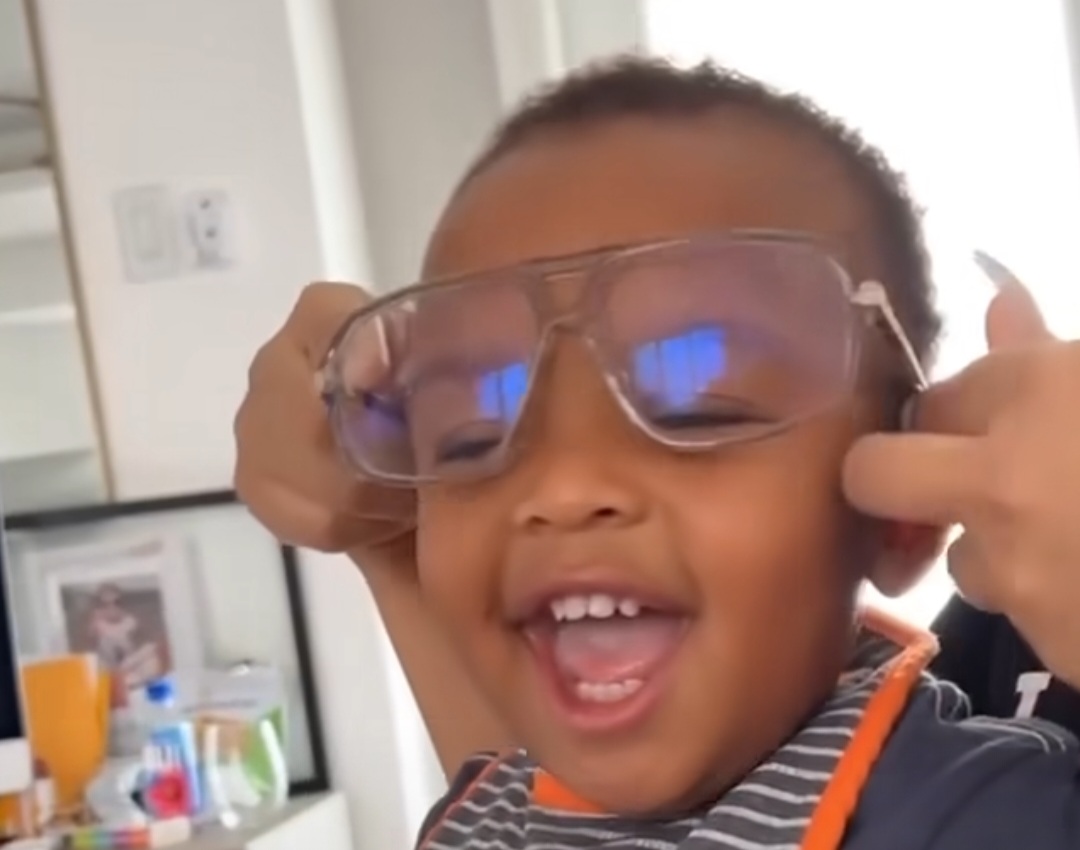 From being a legendary athlete on the tracks and now a thriving music producer, Usain Bolt also assumed the responsibility of being a father to three kids and has kept fans updated on what fatherhood looks like in his home.

One of Bolt’s twin boys, Saint Leo seemingly is not a “saint” after a video clip was shared to his Instagram reel which shows him relentlessly grabbing an eyeglass from off his mom, Kasi Benett and twin brother’s face, Thunder. However, Thunder who seemed amused at his brother’s aggression, smiled throughout the video while his mom continued to place the glasses back to his face.

Kasi then responded to let Bolt know that Saint is his while claiming Thunder to be hers. “Dat deh on deh a your own enuh,” she says to Bolt.

“Alright me ago vote out meself,” Bolt said as the video came to an abrupt end.

Nonetheless, considering their young ages, it is a known fact that kids will be kids, therefore, the behaviour now is quite normal.

Watch the hilarious video below:

RELATED: Usain Bolt Discloses His Reason For Not Having Children Until His 30’s