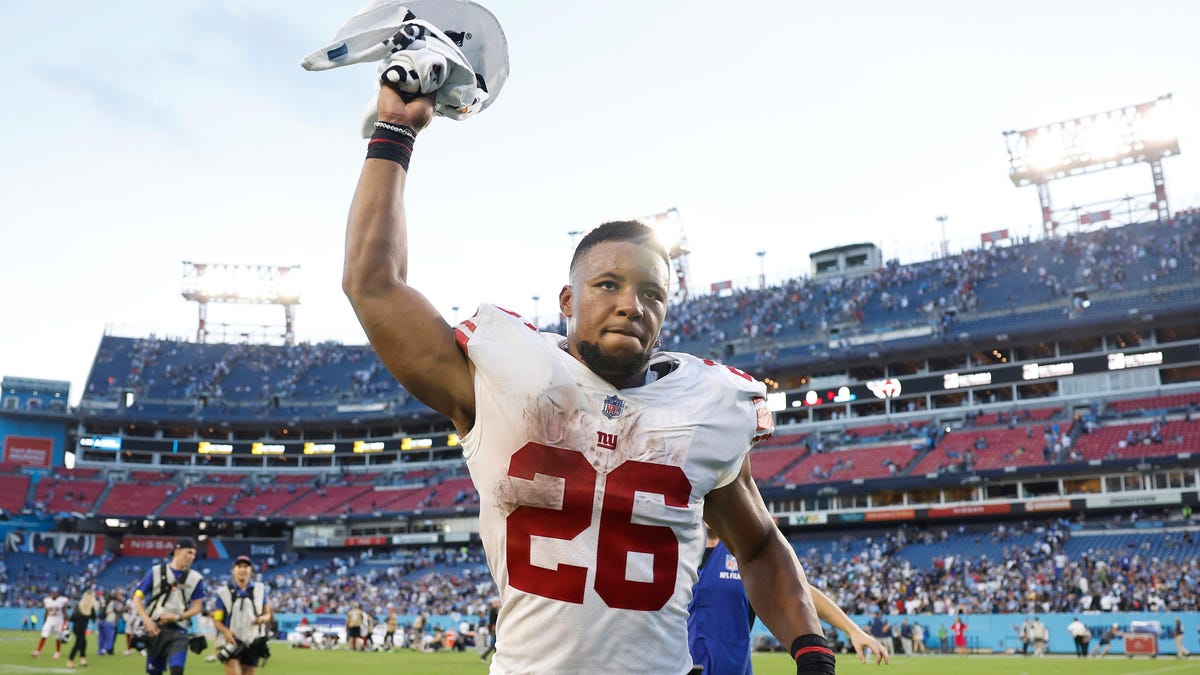 There was a Saquon Barkley sighting in Tennessee.Image: Getty Images

Saquon Barkley appears to be ready to be the player that he was at Penn State and during his rookie year with the New York Giants. The No. 2 overall pick in the 2018 NFL Draft had his way with the Tennessee Titans on Sunday.

The top regular-season team in the AFC in 2021, and the defense with the eighth best weighted DVOA in the sport, had no answer for Barkely. He averaged 9.1 yards per carry and still managed to haul in six passes. It was Barkley who put the Giants’ first points on the board with a third-quarter touchdown.

It was also Barkley who would finally give the Giants the lead late in the fourth quarter. He was the go-to player throughout that final drive, and the shovel pass he caught for a two-point conversion, as Big Blue’s new coach Brian Daboll decided to go for the win instead of tie, which would lead the Giants the 21-20 win.

Luxury brushing
Mode is the first magnetically charging toothbrush, and rotates to dock in any outlet. The brushing experience is as luxurious as it looks—with soft, tapered bristles and a two-minute timer to be confident you reached all the crevices of your molars.

Last year’s best AFC regular-season team would then take less than a minute to get into field-goal range, even with star wideout A.J. Brown now playing for the Philadelphia Eagles. The Titans had a chance to…