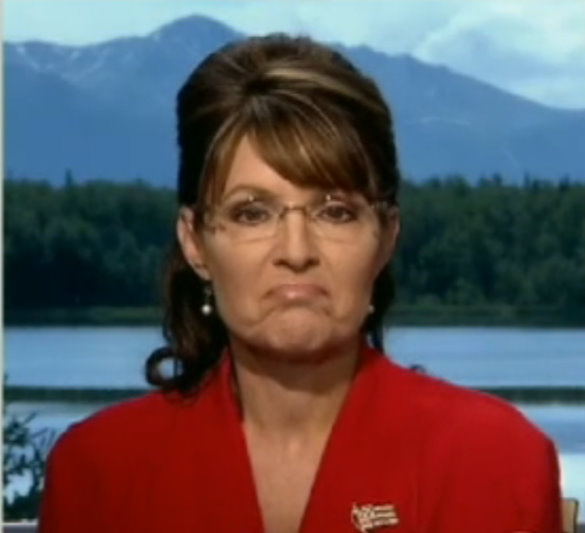 Depending on how the final round of ranked vote counting goes, Sarah Palin could end up costing the Republican Party a House seat in Alaska.

Alaska is using ranked voting in a special election to fill the remaining term of the late Rep. Don Young (R).

Here is the latest batch of results:

The even better news for Dems tonight is that Mary Peltola’s (D) lead over Sarah Palin (R) in the #AKAL special election just stretched to over 13k votes, giving Peltola a better chance of winning when Nick Begich’s (R) second-choice votes are tabulated next week. pic.twitter.com/zMzjUqBri8

Because Alaska is using ranked choice voting, Democrat Mary Peltola has a real chance of winning the seat, but her odds of winning will come down to who third-place finisher Nick Begich’s supporters voted for as their second choice. If Begich supporters picked Peltola on at least a third of their ballots, the Democrat would win. If a substantial number of Begich supporters didn’t list a second choice, Peltola would win.

In a normal election, it would be safe to assume that Begich’s Republican supporters would list Palin as their second choice.

However,  Palin is not popular in Alaska, and Begich’s supporters especially don’t like her.

TONIGHT: Jim and Faye Palin, Sarah Palin’s ex-in-laws, are hosting an election eve party for Nick Begich, who is running against Palin for Alaska’s lone seat in the House. pic.twitter.com/wvpHY0AGOZ

To say that Sarah Palin is unpopular in Alaska would be an understatement. Palin has a 51% unfavorable rating in Alaska, only a 37% favorable rating, so could Begich supporters hold their noses and rank Palin as their second choice? Sure. Is it likely? Probably not.

The results won’t be known for another week, but Sarah Palin is so unpopular that she might get a Democrat elected to the House in Alaska.

Just when Republicans thought their Summer of Disaster could not get any worse, here comes Sarah Palin and her new…