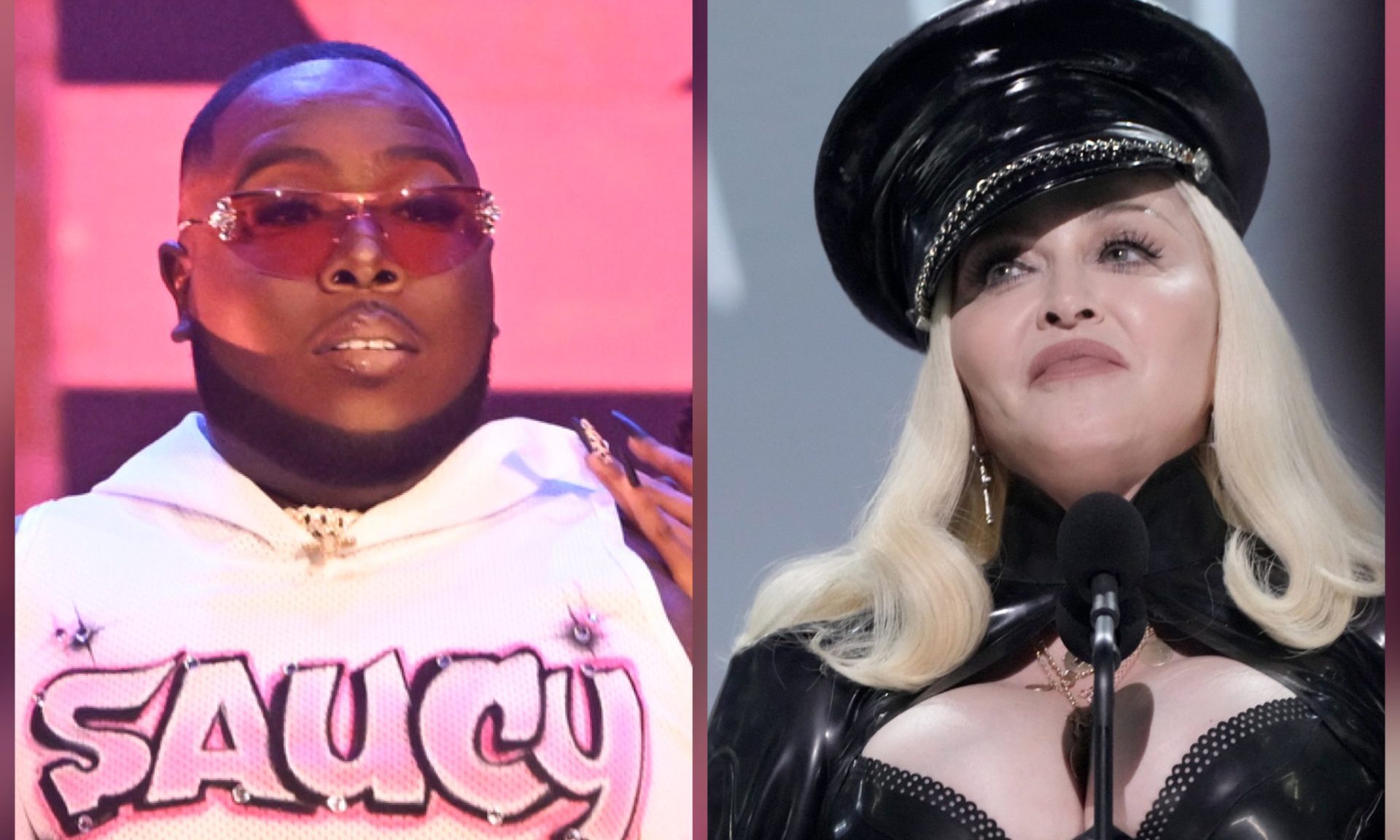 Saucy Santana And Madonna Team Up For ‘Material Gworrllllllll’ Remix

As Saucy Santana continues to promote his music, he gave his fans a surprise treat by enlisting one of the biggest names in music for a new collaboration…and it’s none other than the legendary Madonna. Saucy Santana and Madonna officially dropped the remix to Santana’s ‘Material Gworrllllllll,’ to close out summer 2022 with a potential bop.

Although the song may be two years old at this point, Madonna still decided to hop on Saucy Santana’s 2020 viral hit ‘Material Gworrllllllll.’ Officially released to streaming platforms earlier today, Madonna kicks things off on the remix by dropping a few bars, “I’m not fancy, I just love fancy s**t/ Make a budget disappear like a magic trick/ Make him buy me everything, I don’t have to pick/ Only hold a conversation if the bag is thick,” she raps before tapping into her singing for the song’s hook.

Meanwhile, Saucy Santana takes his turn at the mic and drops some lines of his own.  “Deposit all accounts, baby, keep the cash flowin’/ Bust down wrist but the bussdown keep’ ’em goin’/ 42 on my lips, take a sip/ I like my n***as laid, don’t come here with no chips/ How much is you payin’?/ I don’t speak broke boy language,” he spits.

You may recall that Saucy Santana and Madonna initially linked up back in June during New York Pride when Madonna brought Santana on stage for a mash-up of his version of ‘Material Gworrllllllll’ with her 1984 smash hit of the same name that turned her into a bonafide superstar.