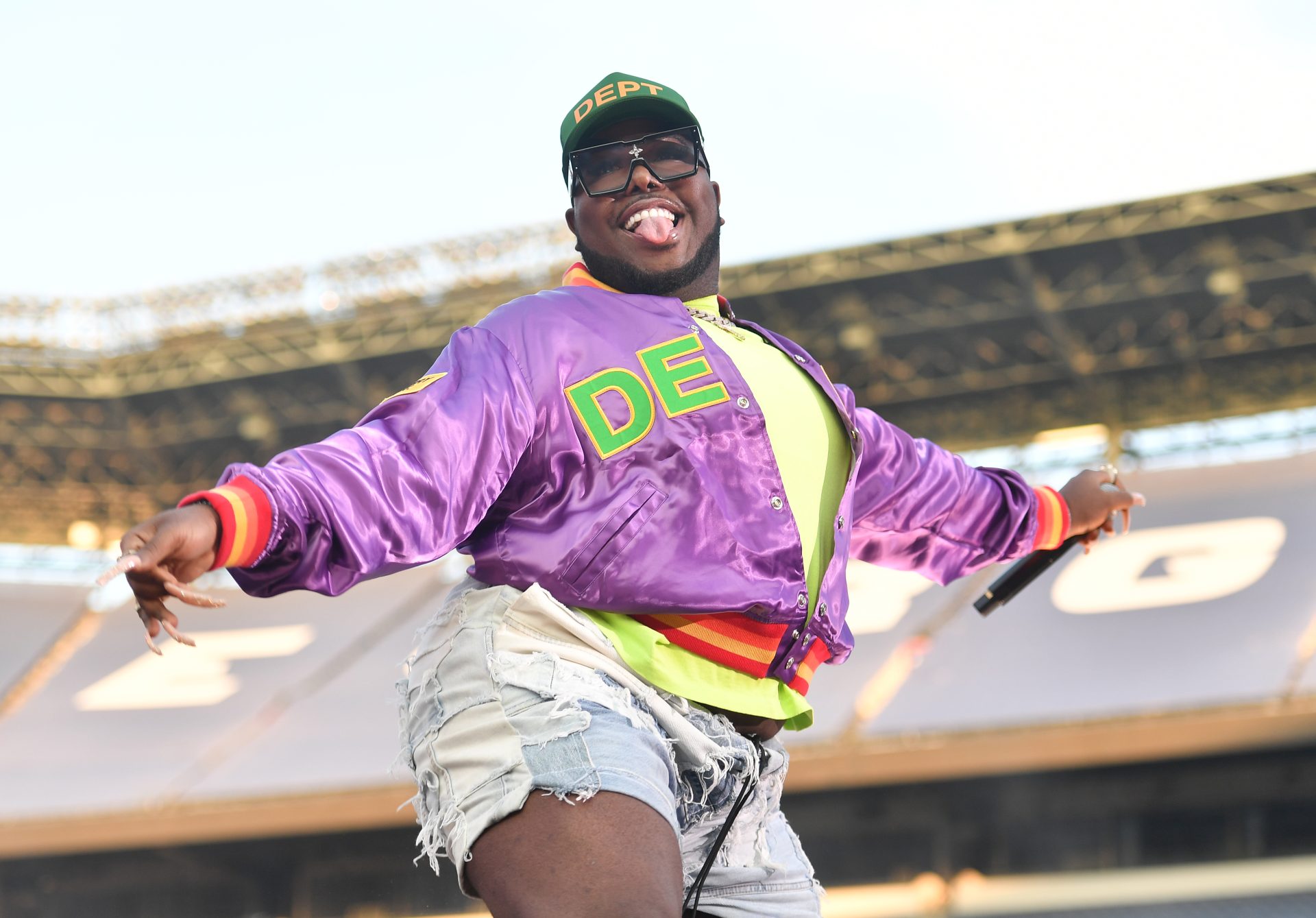 Saucy Santana Channels His Inner Beyonce? In Visual For ‘Booty’

Whew! That’s how you do it! Saucy Santana’s song ‘Booty,’ featuring Latto, continues to be a track in the running for song of the summer! The song was released at the start of Pride Month and continues to be a hot topic, so you know that we had to come with the first look at the visuals.

The “Material Gworl” understood the assignment & channeled his inner Beyonce?, sporting a similar version of the ‘fit Bey was rocking in her 2003 ‘Crazy in Love’ video. Santana looked flawless as he strutted down the street wearing a white halter top, blue jean shorts, red pumps, and a red lip!

The video also featured a few familiar faces from the LGBTQ+ community! Influencer and YouTuber Nikita Dragun, who sported a lime green mini dress, garnered some negative attention as she did her lil’ strut in the video. A few Roommates called her out for previously making controversial comments about black people. There was also a mixture of opinions about Santana paying homage to Queen Bey following recent controversy regarding Blue Ivy!

If you recall, his name trended on Twitter in June over resurfaced tweets from 2014 about Bey and Blue Ivy. During the controversy, the rapper told folks they couldn’t cancel him. He tweeted, “Fake woke a** b*****s!!! People don’t care about old tweets. The internet has this weird thing with power! Thinking they have the power to cancel someone….NEWS FLASH! You don’t! Y’all be thinking y’all have someone by the balls about situations you don’t give a damn about.”

Despite the backlash, It seems Santana he is trying to put that drama behind him and pay homage to Queen Bey. The song currently has over 4 million streams on Spotify! The video drops tomorrow! Roomies, ya’ll ready?!