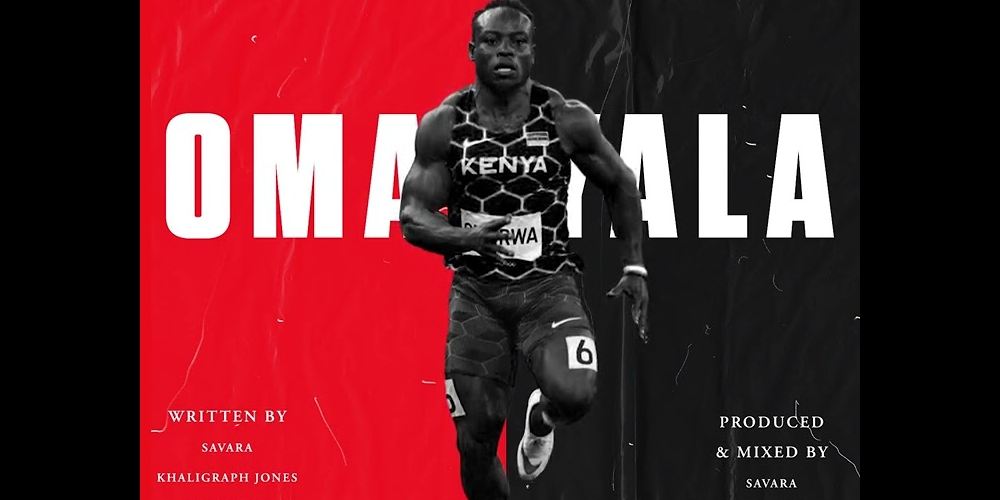 Ferdinand Omanyala, the fastest man on the African continent, is the man of the moment, hence it would only be fitting for him to have a song named in his honour like all the other legends before him.

And so that is exactly what Sauti Sol singer Savara Mudigi has done, with help from fellow heavy hitters Khaligraph Jones, Maandy, and Trio Mio.

The new banger, aptly titled ‘Omanyala,’ was dropped just a few hours after the athlete cemented his place in history by taking home Kenya’s first ever Gold medal in the 100-meter race at the Commonwealth Games in Birmingham, England.

The fast-paced song, produced and mixed by Savara, begins with an audio clip from a stadium announcer blasting through the air with the words “On your marks, get set, go.”

Khaligraph later comes in spitting bars, before Maandy Kabaya takes over with her own delivery saying she’s the queen of her hood and everyone envies her.

Teen sensation Trio Mio wraps up the song by describing his rapidly advancing career and his struggles to finding financial security in the craft.