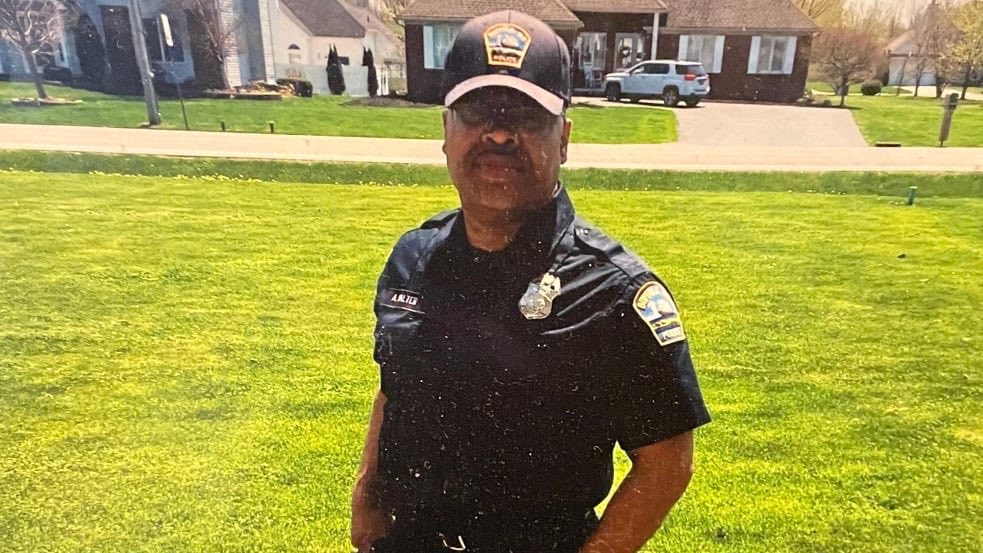 The family of the security guard killed while exchanging fire with the Buffalo mass shooter has been victimized again.

According to TMZ, scammers attempted to swipe $40,000 from the GoFundMe account Aaron Salter Jr.’s son created to help the family with his sudden death.

Retired Buffalo Officer Aaron Salter Jr. worked as a security guard at the Tops Friendly Markets store. He was killed in a shootout with a gunman Saturday, May 14, and is being hailed a hero. (Photo: Twitter/@freeyourmindkid)

Salter, a retired Buffalo Police officer, was working security at the store on May 14 when white supremacist Payton Gendron launched his deadly attack.

The guard tried to take out the gunman, but Gendron was wearing body armor. Armed with an assault rifle, Gendron killed Salter and nine other Black people at the Tops Friendly Markets store in East Buffalo and injured three others. Salter has been hailed a hero.

“He gave his life to try and subdue the suspect that targeted a local Tops for no reason and killed in cold blood,” Aaron Salter III wrote. “Please donate in this tragic time to help the family with this unforeseen tragedy.”

As of Monday afternoon, 776 people donated nearly $47,000 to the GoFundMe account, but most of the money was almost stolen from the family.

Aaron Salter III said he received an email from someone offering to donate $4,000, and when he clicked the message, his personal information was swapped with someone in Mississippi. Salter said he spoke to GoFundMe, and the company rectified the problem.

A GoFundMe spokesperson later told TMZ that they responded to a phishing attempt against the Salters and were able to recover the fundraising account.

Phishing usually occurs when scammers send messages posing as reputable companies or people to trick someone into providing their personal information, often by clicking a link that installs malware on the device used by the unwitting user.

The elder Salter leaves behind two other children. He was a police officer from the 1980s until he retired in 2018. He later started the job protecting the supermarket, where…