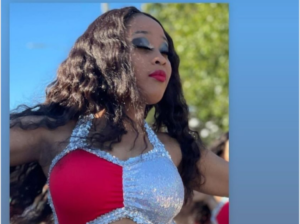 Second ‘Dancing Doll’ Dyshea From Lifetime’s Hit Show ‘Bring It’ Confirmed Dead: ‘I AM NOT OK!’

A tragedy has once again struck Atlanta’s Dancing Dolls community.

Diana Williams, the owner of Dancing Dolls, took to Facebook to post a heart-wrenching tribute to a member of her dancing team of the hot lifetime show ‘Bring It,’ confirming that Dyshea passed away after an accident.

“One of my Dolls has gone. I don’t understand, and I’m not ok!! Lord Jesus,” she wrote. “She was bold, always attempting to raise herself and everyone else in the dollhouse. Moreover, she was supporting and inspiring her sisters.”

Many on social media have been sending their condolences after the news went viral.

As previously reported, another Dancing Doll Shakira Gatlin, 19, was fatally wounded by gunfire at a home on Feb. 2 in the 100 block of Barnes Street in Jackson, Mississippi. Jackson police disclosed that Gatlin had been shot in the head while an underaged male was “mishandling a gun.”

Authorities questioned the young man, and he expressed that the shooting was accidental

Gatlin’s mother, Erica Robinson, shared the news of her daughter’s death on Facebook.

Gatlin’s passing was especially difficult for Robinson because the grieving mom had lost her husband to gun violence. Forty-year-old Derrick Robinson was shot to death in Jackson on Sept. 14, 2021.

This is breaking news and we will update you on new revelations in the case.