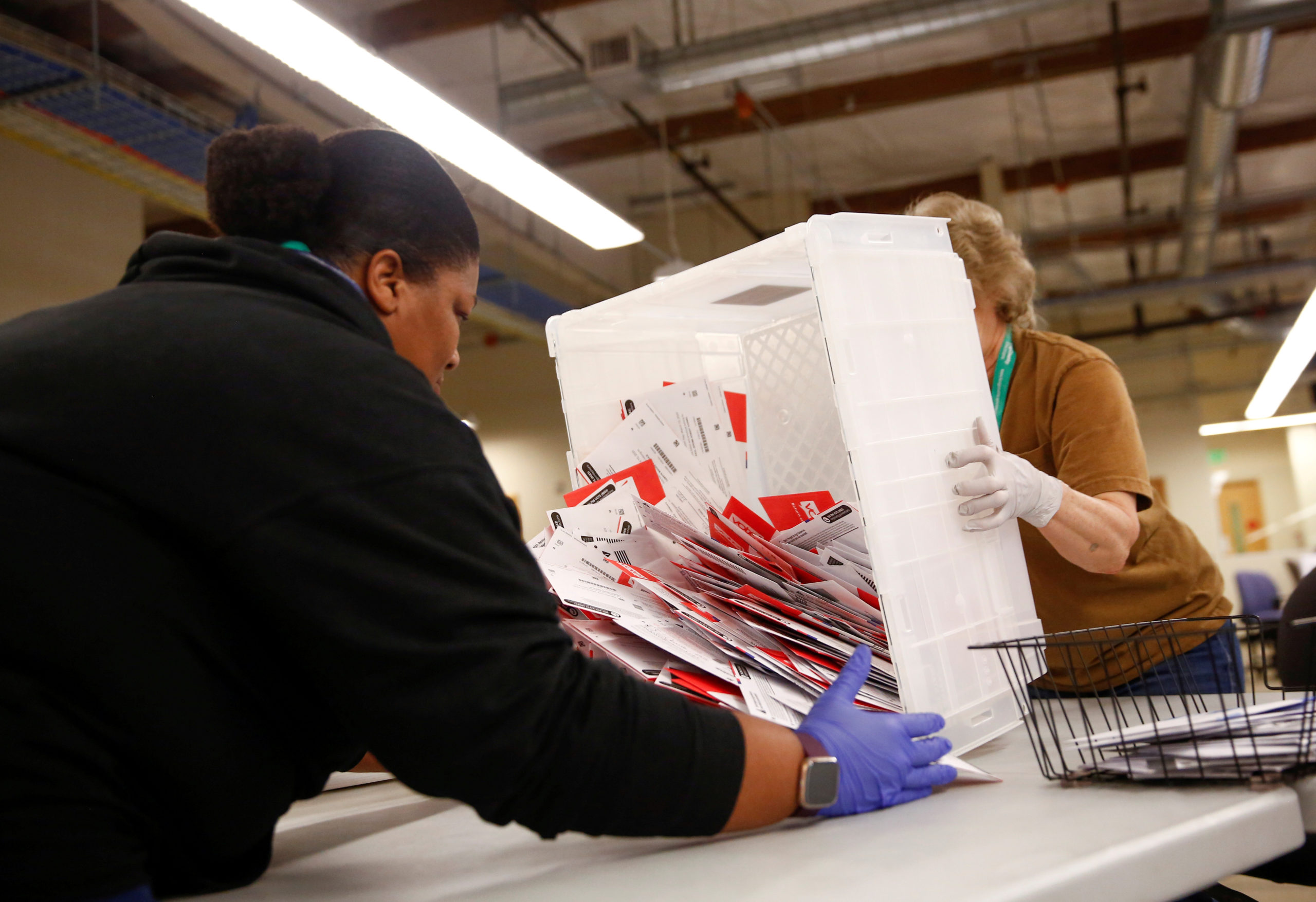 Secretaries Of State Nationwide Asked To Ban Trump From The Ballot

After the 1/6 Committee presented evidence that Trump incited the insurrection, secretaries of state are being asked to ban the former president from the ballot.

Free Speech For People and Our Revolution are asking the nation’s secretaries of state to declare that they will ban Trump from the ballot.

The groups announced their effort in a statement provided to PolticusUSA:

The nonprofit, nonpartisan legal advocacy group Free Speech For People and the grassroots advocacy group Our Revolution are calling on secretaries of state across the country to follow the mandate of Section 3 of the 14th Amendment of the Constitution and sign a declaration that former president Donald Trump is barred from running for any future public office based on his incitement of an insurrection on January 6, 2021.

Enacted in the wake of the Civil War, Section 3 of the 14th Amendment disqualifies any individual who has taken an oath to uphold the U.S. Constitution and then engages in insurrection or rebellion against the United States, or gives aid or comfort to those who have, from holding future public office.

The declaration, prepared by Free Speech For People, carefully details why Donald Trump is constitutionally barred from appearing as a candidate on future ballots. The declaration includes citations to case law affirming the role state election officials have in determining a candidate’s constitutional eligibility, relevant facts of the events leading up to and including the insurrection on January 6, and legal analysis of the definition of “insurrection” and “engage.”

The declaration states in part, “On January 20, 2017, Trump swore an oath to support the Constitution as an officer of the United States, i.e., as president. The events of January 6, 2021, constituted an “insurrection” within the meaning of Section Three of the Fourteenth Amendment, and Trump “engaged” in that insurrection within the meaning of Section Three. Consequently, he is disqualified from holding “any office” under the United States—including the presidency. As a result, he is ineligible to…