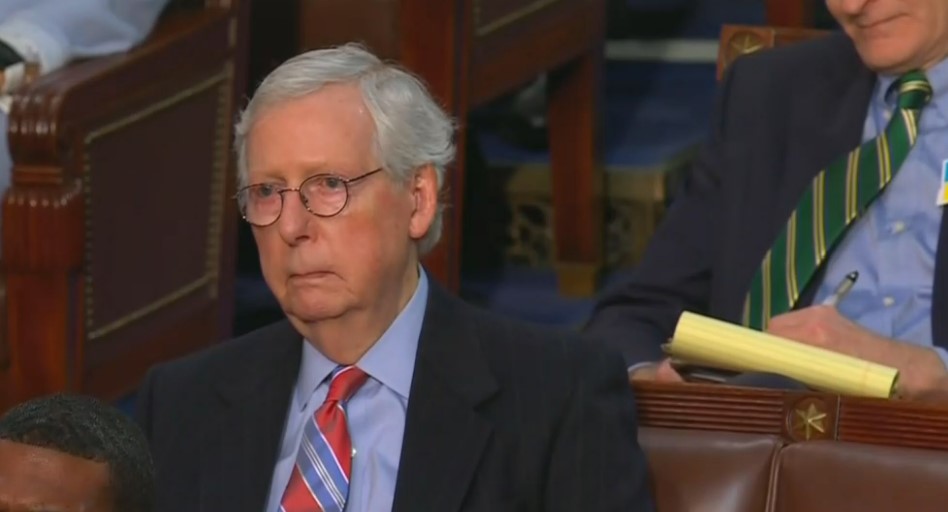 Senate Republicans are divided on the bill codifying same-sex marriage and currently can’t deliver enough votes to pass the legislation.

For now, Democrats have locked down nearly half the Republican votes needed to break a 60-vote filibuster. With many GOP senators dismissing the bill as unnecessary and accusing Democrats of trying to weaponize an issue they say is settled, it’s still unclear if the legislation will draw enough Republicans to become law.

Some GOP strategists want the party to move past the issue by codifying protections, but that risks upsetting the cultural conservatives, which make up a significant portion of the party’s base. A Gallup poll released last month found that most Americans — 71 percent — favor legal same-sex marriage.

One of the things that Senate Democrats have done really well besides getting the vast majority of Biden’s big priorities passed and negotiating bipartisan legislation is pinning Senate Republicans down on cultural issues.

Mitch McConnell does not want the midterm election to be about social or cultural issues. McConnell is stuck with a bunch of bad Trump-endorsed Senate candidates who basically set themselves on fire anytime they have to speak about cultural issues.

The issue for McConnell is that the Republican base is largely made up of what used to be known as social conservatives but can more accurately be described as cultural fascists.

If McConnell supports the bill protecting same-sex marriage, he might be able to find four more Senate Republican votes to drag it over the finish line, but nothing is certain.

Senate Republicans are terrified of their base, and this fear could lead them to kill the bill and open the door to the Supreme Court overturning the legality of same-sex marriage.