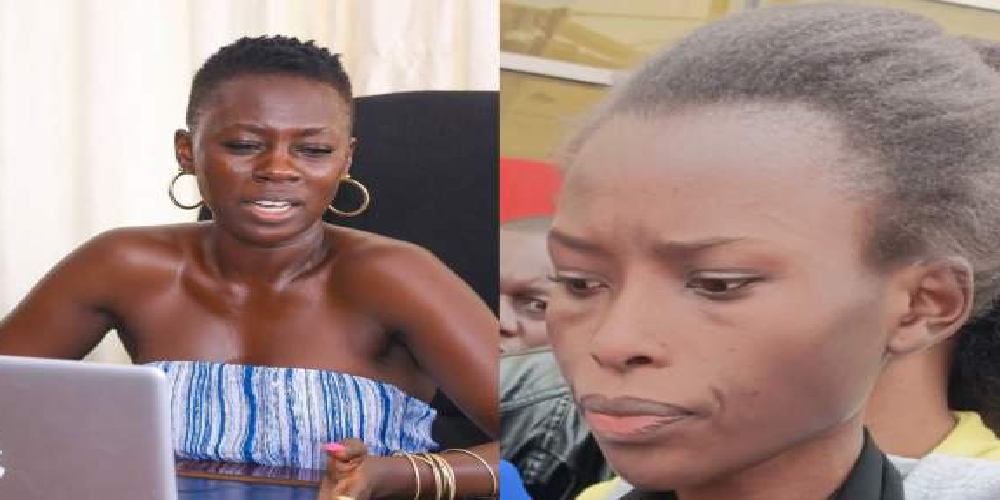 Akothee came out with all guns blazing after she was accused of being part of the trafficking syndicate shipping girls to the Middle East.

The mother of five angrily reacted to an allegation by a netizen who said that she was leading the trafficking syndicate sending girls to suffer in Saudi Arabia.

“So Akothee is the ring leader of sending girls to suffer in Saudi Arabia. So much for “empowering women”. Thought Akothee’s rich lifestyle comes from her music. Kumbe there is so much that happens behind the scenes? So shameful,” the post read.

Reacting to the post, Akothee sarcastically declared that she was the head of the trafficking syndicate and even dared concerned parties to report her to the police.

“SEND DCI TO ARREST ME ?? Wacha kupiga kele social media. Yes, you are very right, there is no money in music. And I must maintain this rich lifestyle. Muzungus, Illuminati and prostitution alone can’t pay my bills, girls must suffer for me to pay my bills. I, not only export girls, I also export grandparents and families suffering in the village. Get yours a passport and you are on the next plane,” Akothee wrote.

“I will google where Saudi Arabia is so I start making trips there. I think I have visited Dubai twice and I don’t even like it myself ?looks like there is a lot of money there,” she added.

On a more serious note, Akothee told off netizens insinuating that she is sending girls to Saudi Arabia.

“In the meantime choose a struggle. I am not the government nor do I have solutions for Kenyans. Did you see me on a ballot box? Deal with your hunger. I export people’s children to Saudi Arabia and export my own to Europe? She ranted.

Akothee was accused of shipping girls to Saudi Arabia to suffer shortly after Diana Chepkemoi, who was stranded in the gulf country, returned home safely albeit looking so emaciated after enduring cruel, inhuman and degrading treatment.