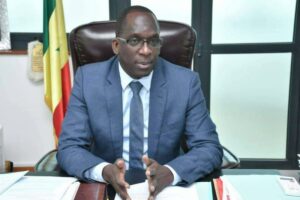 Senegal’s Health Minister has been fired in the wake of a hospital fire that killed 11 newborn babies and a series of other recent healthcare scandals.

Sarr was attending the World Health Assembly conference in Geneva when the blaze ignited. He cut his trip short and returned to Senegal Thursday, but many were still bothered by his absence.

The fire at the Tivauane hospital is the latest in a series of health scares that have plagued the country in the last year. In April 2021, a fire broke out at the neonatal unit of a hospital in Linguere and killed four babies.

Last month, a pregnant woman who died after three midwives denied her a cesarean section sparked countrywide outrage. While Sarr isn’t accused of causing the tragedies, many hold him accountable due to his position of power.

“I am appalled by the horrific and unacceptable death of 11 newborn babies in Tivaouane,” the Senegalese minister of regional planning and local government, Cheikh Bamba Dièye, said.

“The recurrence of tragedies in our hospitals reminds us of the obligation to thoroughly review the quality of service in our hospitals. My deepest condolences to the families.”

Locals have blamed the fires on the lack of smoke detectors and fire extinguishers in hospitals.

“…Our hospitals have become places of death,” one local vented on Twitter. “Too much negligence, indifference, casualness!… Hasn’t going to the hospital become a risk today?”

President Sall has since declared three days of national mourning from Thursday into Saturday, where flags will fly at half-mast, the Presidency said.

An investigation has also been launched into the cause of the fire.