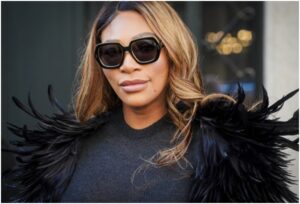 Serena Williams has claimed a new record, doubling the previous record for the sale of a trading card for a female athlete.

Williams, who has won more Grand Slam singles titles (23) than any other woman or man during the open era, holds nine of the top 10 most valuable trading cards ever sold, according to One37pm.com. The six-time US Open champion is currently sitting out the French Open, which began last week, and hasn’t played in almost a year after injuring her ankle at last year’s Wimbledon tournament.

Nike recently opened the Serena Williams Building in Beaverton, Oregon, the largest building at Nike World Headquarters. The building is where Nike Consumer Creation teams have access to 200,000 square feet of lab space to test new ideas in the development, presentation, and merchandising of Nike products.

“The whole building takes your breath away. Every element, everywhere you go, is an opportunity to be inspired. I hope this building encourages people to bring out the best of themselves and to dream bigger than they thought possible,” Williams said in a statement.

In addition to 23 singles titles, Williams and her sister Venus have 14 doubles titles, the second-most in the Open era, and three doubles Olympic gold medals. The two have also grown the game for Black women as Sloane Stephens, Taylor Townsend, Coco Gauff, and Naomi Osaka have all called the Williams sisters influences on their careers.