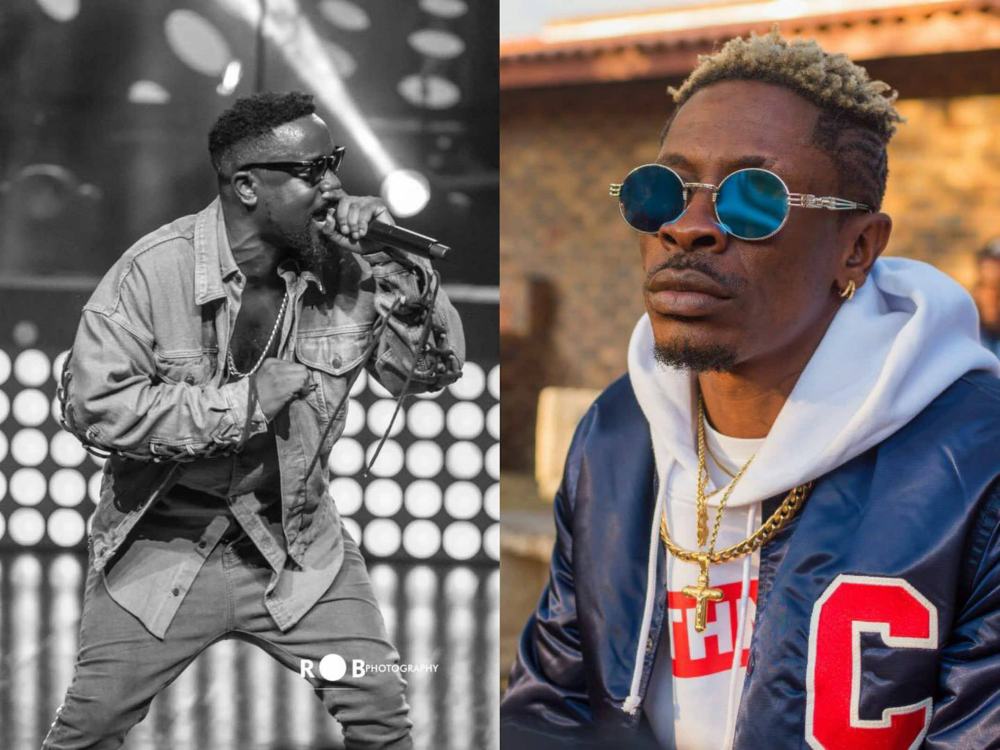 Shatta Wale Exposes Sarkodie “Tell The Truth, I Bring Business But You Don’t Mind Me”

He disclosed that Sarkodie misrepresented facts because he (Sarkodie) is evading business moves from him.

Shatta had a very interactive session with Andy Dosty. One of the issues that came up was Sarkodie saying that Shatta Wale can be nice one minute, and the next minute, he (Shatta Wale) will turn around to insult him.

In response, Shatta admonished Sarkodie for using certain words to describe him. He pointed out that Sarkodie’s words paint him in a bad light, even if that wasn’t the intent.

“When he talks like that, somebody will think that Shatta is a mad man. You see, we don’t make statements like that. It’s crazy if Sarkodie can just make a statement like that. It looks like he doesn’t even know where he is. He doesn’t know what he is doing because you shouldn’t even voice out like that.

“I can also go out and say Sarkdoie sleeps with any girl he sees. I can also say that, but do you know what people will think of him?”

Shatta Wale revealed that Sarkodie may have made those comments because he has refused to work with him.

“I have sat with you and spoken business language with you. I’ve had plans that I’ve called you because I felt we could use the numbers we have to create something. If you can talk, say it well. Say it proper. Oh, Shatta wants to discuss something with me, and because I have not made up my mind, sometimes he feels I’m not ready. So he goes on social media. I will understand because sometimes I reach out to him to discuss business with him, not even music, and he doesn’t give me ears.

“And I’m like not that I need you to come and do anything for me oo. I just want us to make money together,” Shatta opened up to HitFM.