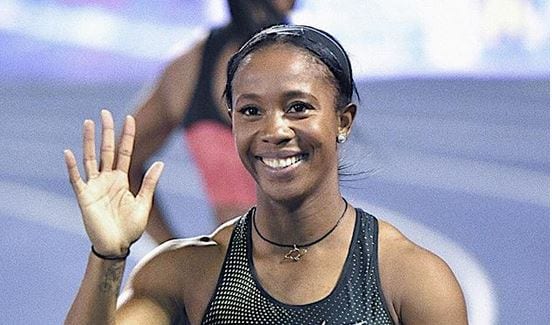 Jamaican sprint phenomena Shelly-Ann Fraser Pryce is setting her eyes on her Diamond League 200 meter race on Saturday, as according to a statement made by her it will help to decide if she will double up at the World Championships.

The race is taking place at the Prefontaine Classic being held in Eugene, Oregon where she will line up against Shaunae Miller-Uibo who was a 200-meter finalist in the Tokyo Olympics and as well as Mujinga Kambundji the World Indoor 60m champion.

As it concerns doubling, Fraser Pryce explained to The Jamaica Observer who published an article on the matter, that she is going to only consider it after the Jamaica National trials as she noted that last year proved difficult for her even though she thought it would be seamless.

Last year was the first time in her career that Fraser-Pryce dipped below the 22 seconds marker in the 200 meter event when she ran a time of 21.94 at the Olympics and for 2022 she has already registered a time of 22.79 seconds.

As it concerns her mental readiness for the double, if she has to, the sprinter made it known that even though she gets up some mornings feeling good, there are other times she does feel like a 35-year-old.

Another race also set to go down as a big one at the Prefontaine Classic is a showdown that will see world-class sprinters such as Elaine Thompson-Herah, Shericka Jackson, Dina Asher-Smith and Sha’Carri Richardson face off with each other in a 100-meter clash.

RELATED: Shelly-Ann Fraser To Face Off Against Sha’Carri Richardson In Nairobi Kenya On May 7