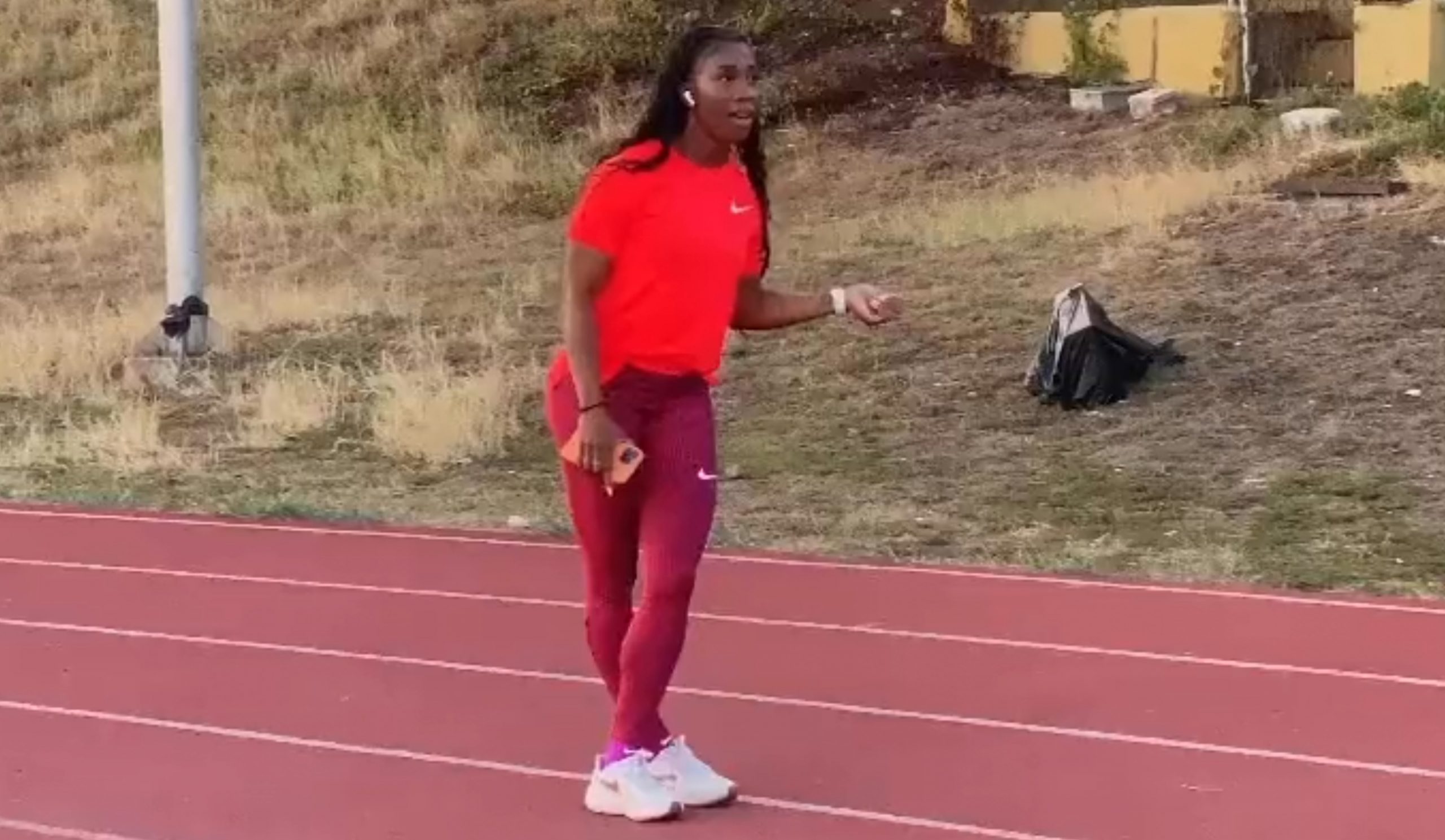 Shelly-Ann Shows Off Her “Warm up Ritual” – YARDHYPE

Shelly-Ann Fraser-Pryce Tweeted an eleven-second video of herself and said “My warm up ritual”. She then asked which one of her followers could guess the name of the song that she was listening to. The video has since racked up over 46k views and has sparked a discussion on Twitter as fans try to figure out her song choice for the day.

Many fans have jumped onto the bandwagon and replied to the tweet with various song choices, from ‘Strength of a Woman’ by Shaggy to ‘Romping Shop’ by Vybz Kartel and Spice. A fan commented by saying “Cocomelon – head shoulders knees and toes” probably because the popular kids series is catchy and you always find yourself singing the words when you least expect it, especially if you have children who listen to the tunes and Shelly-Ann is a happy mother of 5-year-old Zyon.

Many have taken to joking about what she could be listening to while working out and with a myriad of selections to choose from, some being of which are “QQ..tek it to dem?” and “Dat girl Shelly Ann”. Popular artists such as Beyonce, Shabba Ranks, Bob Marley and 50 cent were also mentioned. A few Gospel selections such as “When Jesus says yes nobody can’t say no ?” were also listed.

As the views, retweets, and comments rise, the reveal of the song Fraser-Pryce was listening to is yet to be announced.

See some of the reactions below.