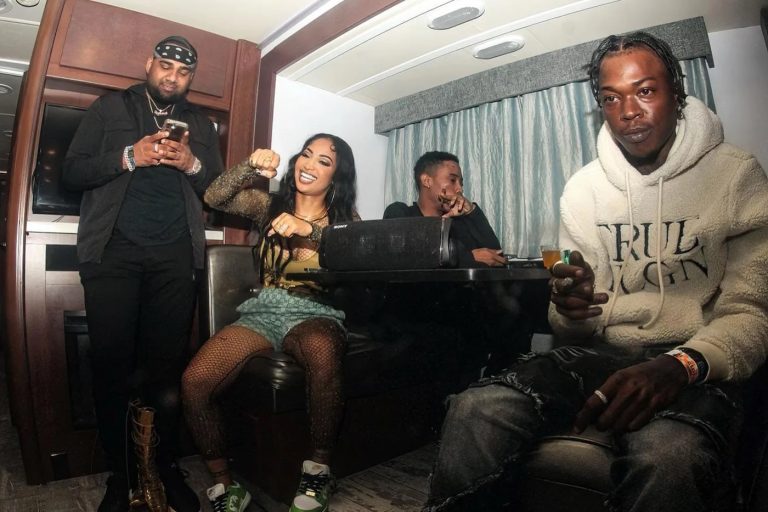 Shenseea and Skillibeng have both been making international splashes on the music scene for a while to the delight of their fans. Shenseea with her nomination for her first MTV Music Video award and Skillibeng with his new collaboration of Blessing Me with artistes Mura Masa and Pa Salieu.

Recently, Skilli released Love Handles with the line “You nuh have ten man a touch you one time like Shenseea” deduced to be referring to a posted photograph of ShengYeng Boss being caressed by multiple men for single R U That.

However, according to Skillibeng, he never intended for it to be a diss track and he later re-released the song to omit her name.

The artistes have also been seen together earlier this month in what seemed to be an awkward situation of being in the same room but ignoring each other.

All seems to be well with the artistes as they have now combined their musical prowess to release the song Rain which can be found on Shenseea’s Official Youtube page. The song is only a minute and 50 seconds long with a catchy intro “rain rain go away, di bad bitches wanna play”. Skillibeng can be heard uttering the lines “If you diss ShenYeng a buss head!” and fans are eating it up.

One fan stated “now this version of “rain rain go away” will be stuck in my head.”

RELATED: Shenseea And Skillibeng Together In Awkward Video After Diss Single “Love Handles”