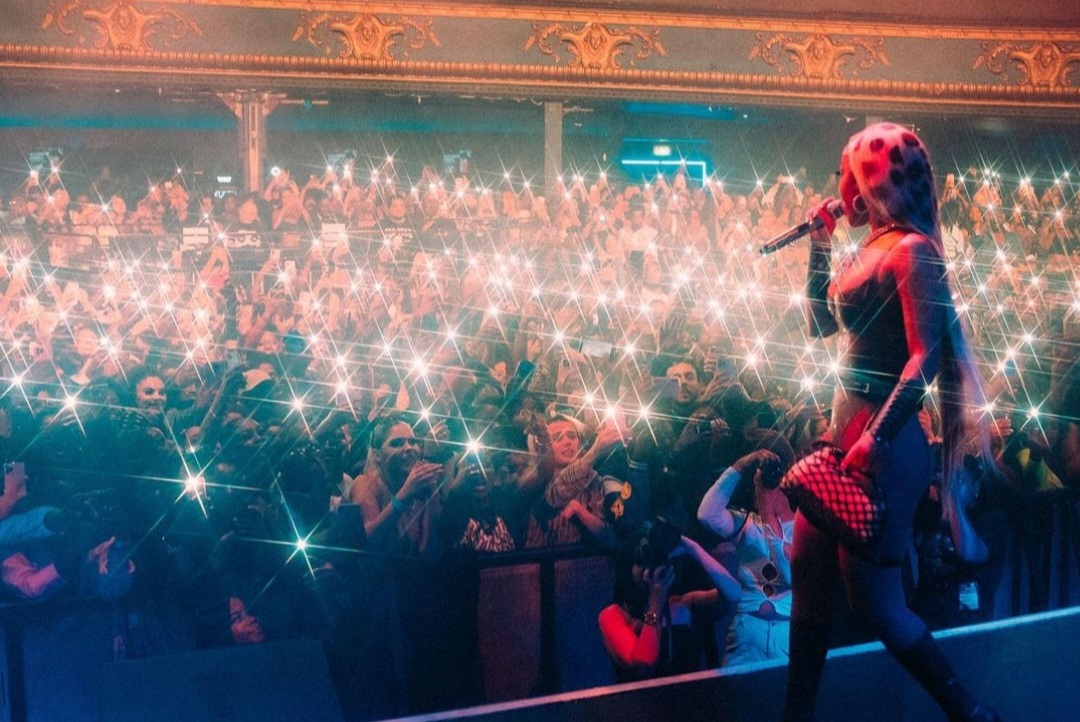 Shenseea’s impact today on the music scene as a young entertainer has sky-rocketed since her first hit single in 2017. Within a five year period, she has cemented a name for herself and have attained international accolades for her career.

Most recently, the ‘R U That’ entertainer performed live in London, UK as part of her ShenYeng European Tour and it was a jam-packed, sold out event. Even more so, as Shenseea graced the stages at a nightclub called Electric, Brixton, fans could be heard screaming and singing her songs word for word.

Wearing a cheetah printed coloured hair and a brown one piece leather hugging body suit with boots, Shenseea’s eye-catching look stood out as she dominated the international stage.

Furthermore, as attainable success dangles before the fast-rising Jamaican entertainer’s eyes, Shenseea is slated to continue on her European Tour up until July 10, where she will conclude with a performance in London, UK at the Wireless Festival.

On Instagram, she shared a preview of her iconic performance with a few photos and wrote the caption, “I ain’t got time for bullish!t I’m working?”.

Some of the photos can be viewed below:

Watch the video snippet of Shenseea’s performing at the sold-out event in London, UK:

RELATED: Shenseea Plans To Start Acting At 35, Retire At 40 etc.