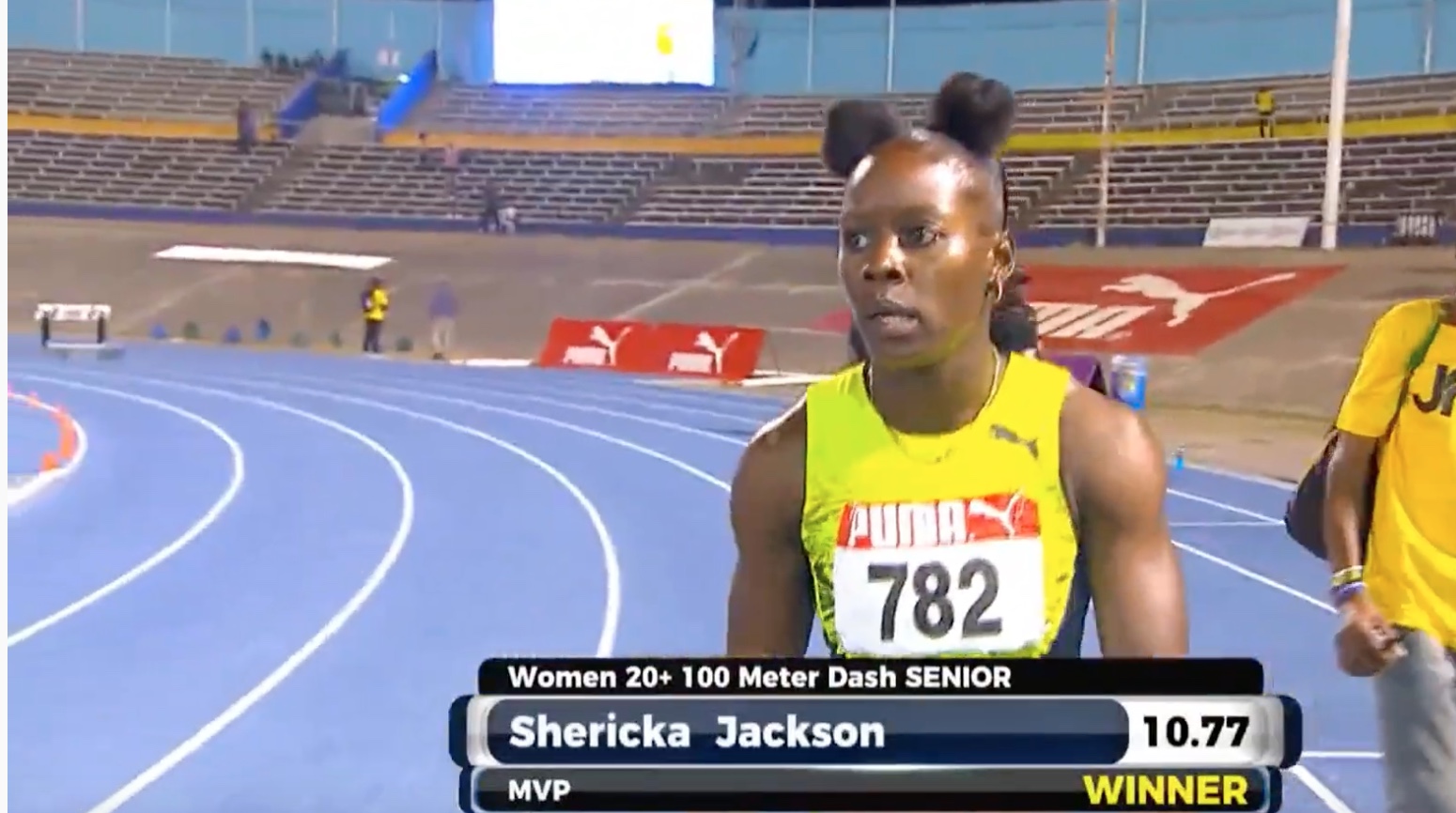 At the signal of the gun, Shericka Jackson and Briana Williams had a clean and great start, but Olympic Champion Elaine Thompson Herah was a little behind, picking up speed on their heels.

Jackson lead the race ahead of Williams, who was out first at the start and also Thompson-Herah, who is said to might have been holding back a bit and playing it safe after the several delays the race unfortunately had. However, Shericka Jackson stopped the clock in 10.77 seconds. Delivering an awesome run, as a result, Jackson wins her very first National Championship in the 100m.

In second, Kemba Nelson clocks 10.88 seconds ahead of Elain Thompson-Herah, who finished at 10.89 seconds and Briana Williams at 10.94 seconds.

Earlier today, Briana Williams, who speeds to the finish line in 10.99 seconds, won the women’s 100m semi-final at National Trials where World Champion Shelly-Ann Fraser-Pryce, who was dressed to watch rather than race, did not compete. Having won the 2019 Women’s 100m gold medal in the World Athletics Championship in Doha, Fraser-Pryce automatically qualified for the championship in Oregon.

As for the semi-final two, Elaine Thompson-Herah leads the race with 10.91 seconds with Shericka Jackson at 10.98 seconds and Kemba Nelson finishing also at 10.98 seconds.