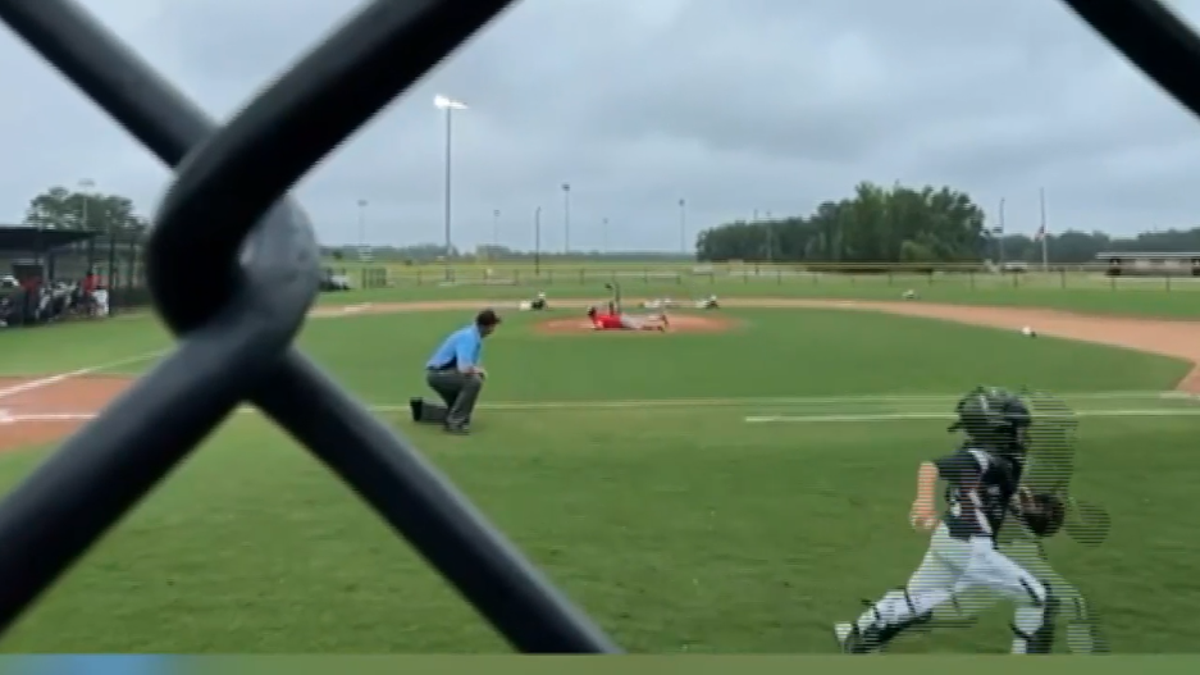 Kids run for cover as shots ring out in Wilson, N.C.Screenshot: WITN

The definition of insanity is doing the same thing repeatedly and expecting a different outcome. That’s an evergreen statement to plenty of things in life but there isn’t a better example in America of it than our psychotic gun culture. The second known shooting in the last three months near a Little League baseball game took place Sunday in North Carolina.

Video of the shooting shows a first shot being fired nearby, startling the 7- and 8-year-olds, coaches and umpires on the field and everyone in the stands. Several more follow, including a bullet landing in the outfield, a few feet from one of the players in the game. A cloud of smoke can be seen after the bullet hits the grass from the velocity of impact, per WITN.

Each person on the field immediately sprawled to the ground or ran for better cover. One parent had to make the decision, in the case of an active shooter, to run to his car and grab his pistol, or try to cover his son. He chose to be armed in case he needed to fire back at anyone. Luckily, no one from the game was injured in the incident. WITN shows footage of a van in the parking lot having its back window shot out.

The rest of the game, part of a Little League state championship, was canceled as well as every tournament game since. A few teams have also dropped out of the event because of the shooting. Local police in Wilson, N.C. said Monday there was no evidence anyone at the event was intentionally targeted by gunfire. The two cars partaking in the shooting were also said to not belong to anyone attending the game. The tournament as a whole has yet to be canceled but police are still investigating the incident.

This December will mark a decade since the Sandy Hook Elementary School shooting, ushering in an era where America’s youth has grown accustomed to mass shooting readiness, with active-shooter drills now customary in our country’s schools. That’s opposed to having those incidents where innocent lives can be lost happening less frequently. According to the Gun Violence Archive, there have been 167 mass…