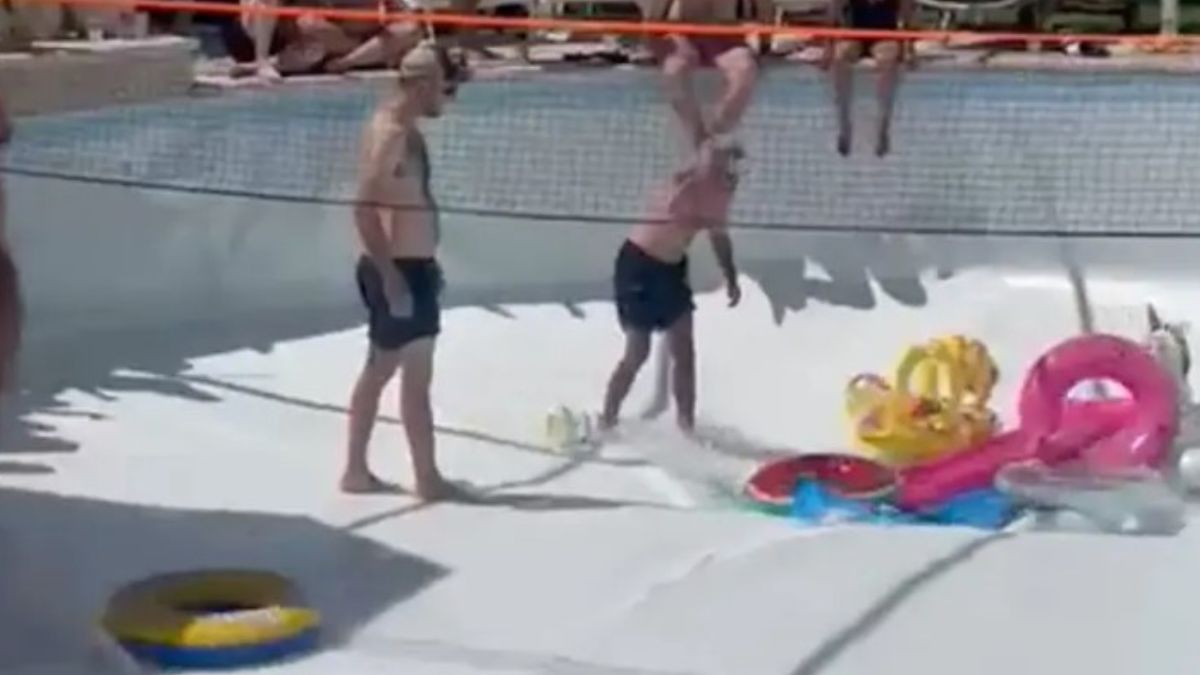 At a private company party held in Karmei Yosef, Israel, a sinkhole opened up suddenly within a pool, causing the death of one of the attendees and another barely escaping.

According to The Times Of Israel, the party that was held on Thursday was attended by approximately 50 people but only six were inside the pool at the time of the incident. In the video shared by an eyewitness a hole can be seen suddenly appearing at one end of the pool, and inflatable toys are swallowed within as the water quickly recedes.

Eyewitnesses say that two men, one identified as 32-year-old Klil Kimhi, were swallowed up by the massive vortex in seconds. The man who was not named was able to climb from the hole and was treated for minor injuries. But the complicated search and rescue for Kimhi took four hours, as rescuers feared that tunnels branching out of the sinkhole could cause a secondary collapse.

Kimhi was found at the bottom of a 43-foot-deep hole and pronounced dead. Local authorities are currently investigating if the owner of the pool received proper licensing prior to building it.