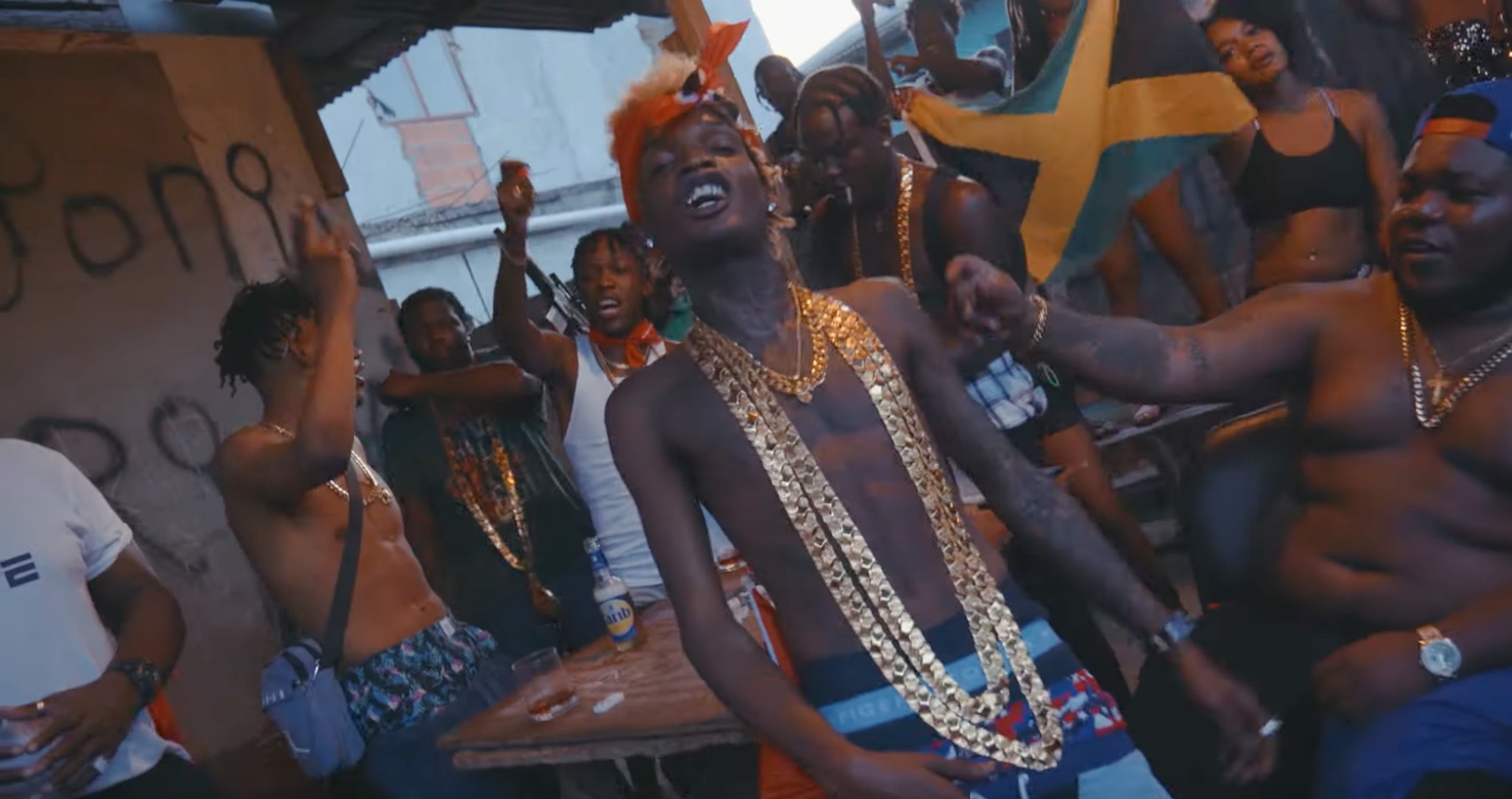 St. Catherine, Jamaica dancehall star Skeng has returned with another banger titled “Gang Bang”. It’s a song highlighting how the Ratty Gang leader is connected in the Caribbean, North America and England.

“The molly team officially arrive.. Hold yo phone yo chain yo bag,” says a Guyanese male in the intro of the song.

“Ratty Gang thing drop Spain Town pan the map… Buy strap fi the block yow pill fi a pop get mad to the max,” sings Skeng before he tells his haters to stop the “poppie show style” and stop worrying about his endeavours, “gun man bang bang yuh know how long now mi nuh rob a man,” he sings in the chorus.

The music video for Gang Bang was shot in Trinidad and features several guns, thugs and eye-catching females with Skengdon behaving as aggressive as possible throughout the shots.

Released a few hours ago, the music video for Gang Bang has racked up over 50k views on youtube and is expected to dominate the trending chart in Jamaica soon.

Watch the music video below for Keng’s Gang Bang.

RELATED: Skeng Looks To Follow Up Car Purchase For Mom With House On The Hill