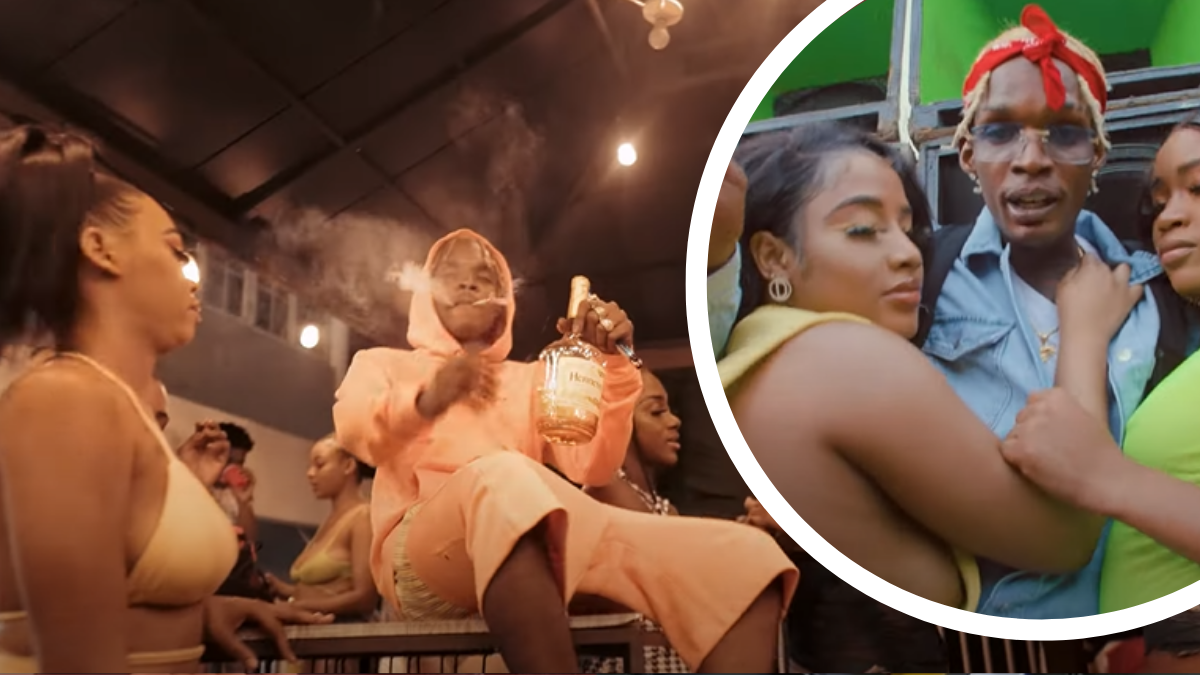 Skeng never disappoints, that is what the Ratty Gang fanbase is chanting after dancehall sensation Skeng dropped two hot singles within two hours.

The fans are going wild over the banger singles ‘Vibes’ and ‘Likkle Miss’ released on Thursday night, one of which has already jumped on YouTube’s “Trending For Music” list.

Trending at number 11 is the first single he dropped entitled ‘Vibes’ which features an appearance from fellow dancehall artiste Jahshii, who is seen dancing among the ladies.

‘Vibes’ is produced by DropTop Records and speaks on the unmatched vibes Skeng has and his love for bad girls. While talking about his love for “bad gyal” he noted that he was not talking about self-proclaimed bad gyal Rihanna but he would still definitely love to hook up with RiRi.

Across both songs Skeng diversifies his style, having vibes and great energy, especially in the second single entitled ‘Likkle Miss’

In ‘Likkle Miss’, which is produced by DropTop Records and Ditruth Records, Skeng jumps on a carnival-like rhythm while he and his crew party with many females in the dancehall trap single.

Skeng takes on a different flow, delighting the ladies with another bad gyal dancing song and his fans with a summer jam that has Skeng singing “di wul summer get f*ck dem fi know we nah nuh sense.”

Skeng has been staying on top of the grind since he touched stardom, releasing songs after songs. Now, with the release of two singles in one night, it is clear the deejay has no plans of slowing down.

Watch both of Skeng’s released music videos below.