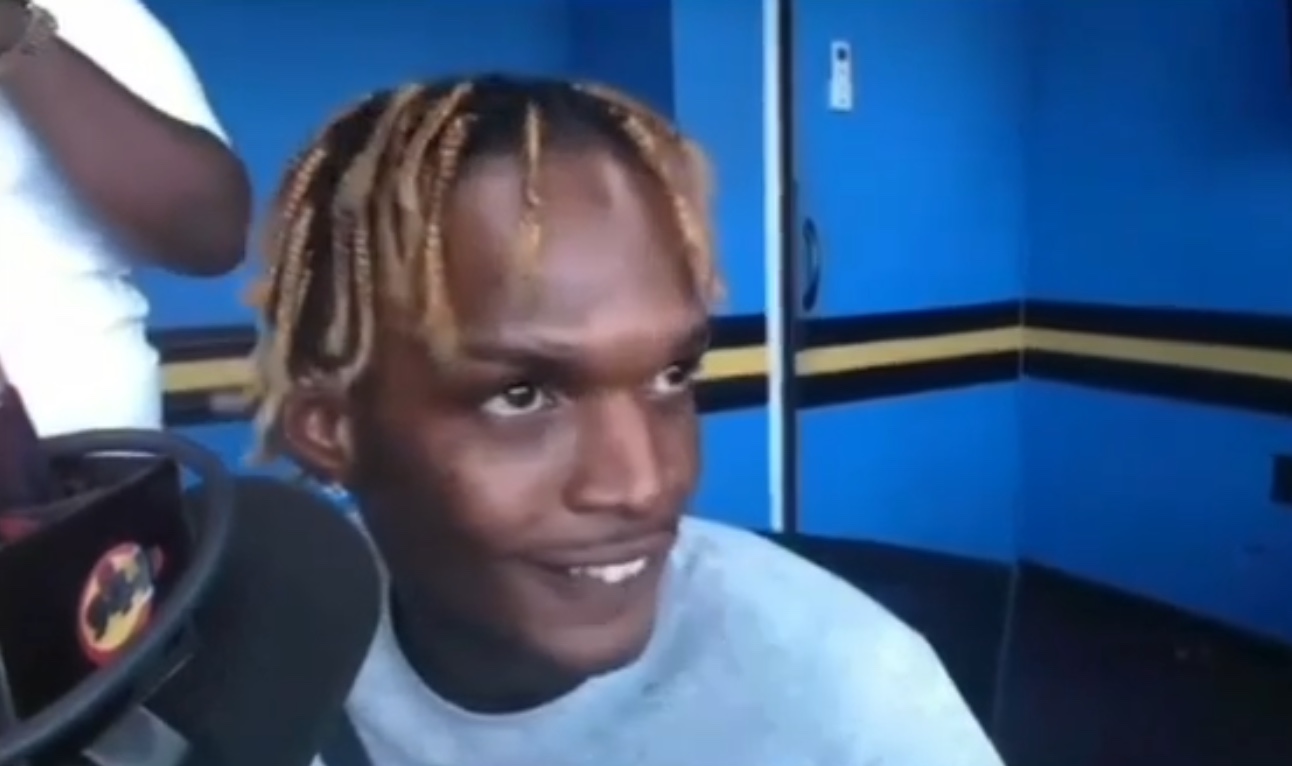 Being one of the main faces in Dancehall, fast-rising artiste Skeng has been getting booked all over the world from Birmingham, Miami, Trinidad to even Canada. The artiste’s most recent show overseas occurred in Guyana.

Considering the popularity of the entertainer at this point in time, there is no question as to if different media channels have been reaching out to him even though he does not seem to do interviews a lot.

An interview recently went viral, however, which seemed to have been conducted in Guyana where the artiste last performed, which shows a very controversial scene with Skeng reacting to a statement made by the host of the interview.

In the statement made by the interviewer, he told Skeng that he noticed how big he was on Social Media at this point, even working with DJ Khaled but even when the deejay told the host that it was not him, he did not seem to believe and went further by asking others in the studio if it was not the “Spaniard Gunman” artiste.

As for the Skeng, he ended up giving a facial reaction that even saw him biting his lips and getting serious. The interviewer was actually referring to Skillibeng who was seen in several photos and videos having lunch and vibing in the studio with DJ Khaled.

Watch how Skeng reacts to an interviewer mixing him up with Skillibeng, below.

Watch Skeng’s performance in Guyana below.

RELATED: Skeng Arrested At Airport For Argument With Port Security