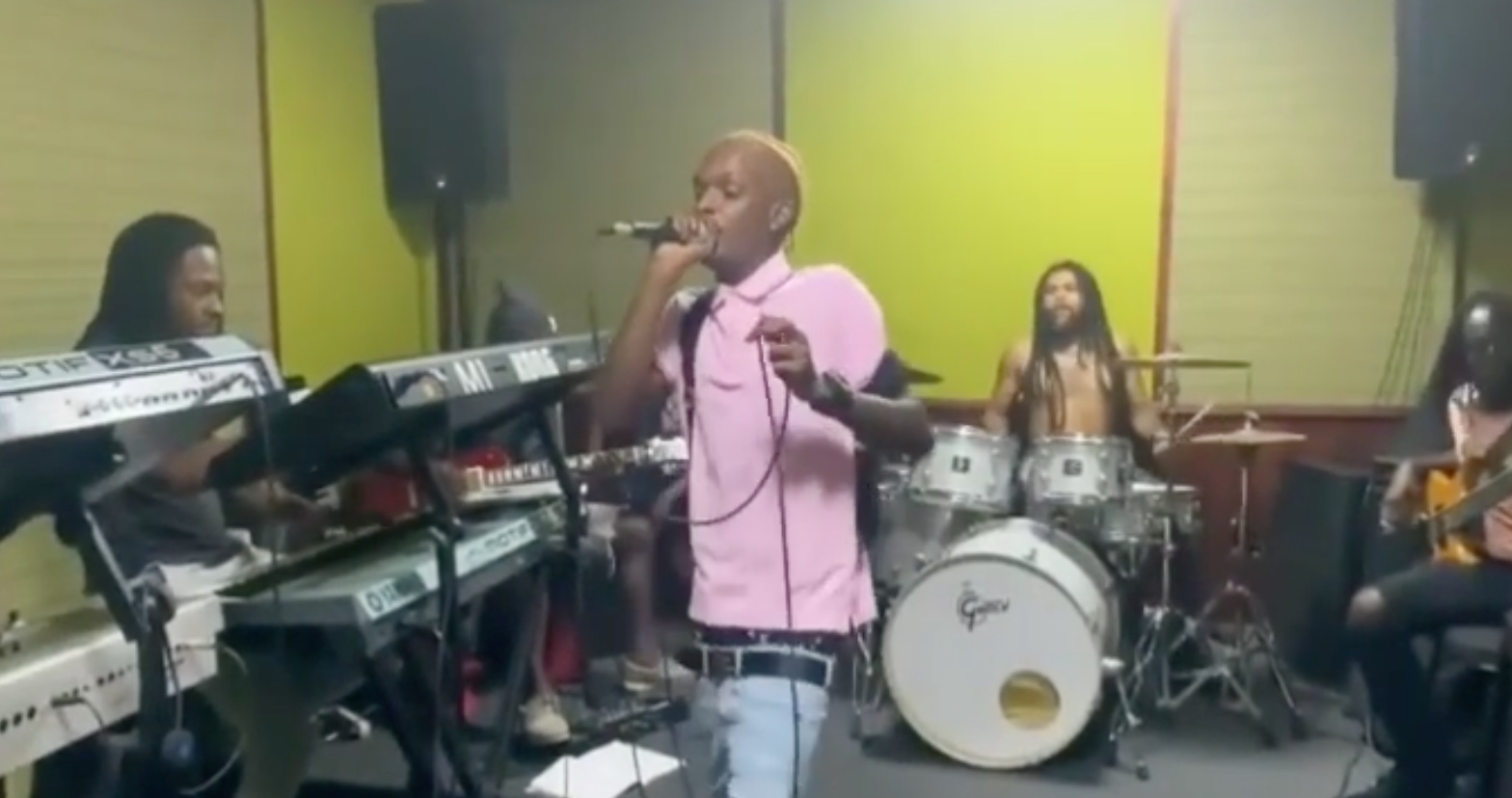 Skeng, one of the most trending dancehall artistes in Jamaica, is implementing a new sound to his live performance for the highly anticipated ‘New Rules’ festival which will be staged at the National Stadium in Kingston on July 2.

The popular “Protocol” singer is taking a different approach to his act which is already promising to delight the fans. Instead of hitting play on an audio file, Skeng will be joined on the stage with live instrumentals.

A short clip was shared online showing the deejay preparing for his performance with the band behind him delivering a great rendition of his popular ‘London’ single.

Hitting up a storm on the drums, piano and guitar, the rendition of ‘London’ brings more melody and harmony into the track while Skeng sings the lyrics of his infectious single during his rehearsal.

Watch the video with Skeng preparing below.