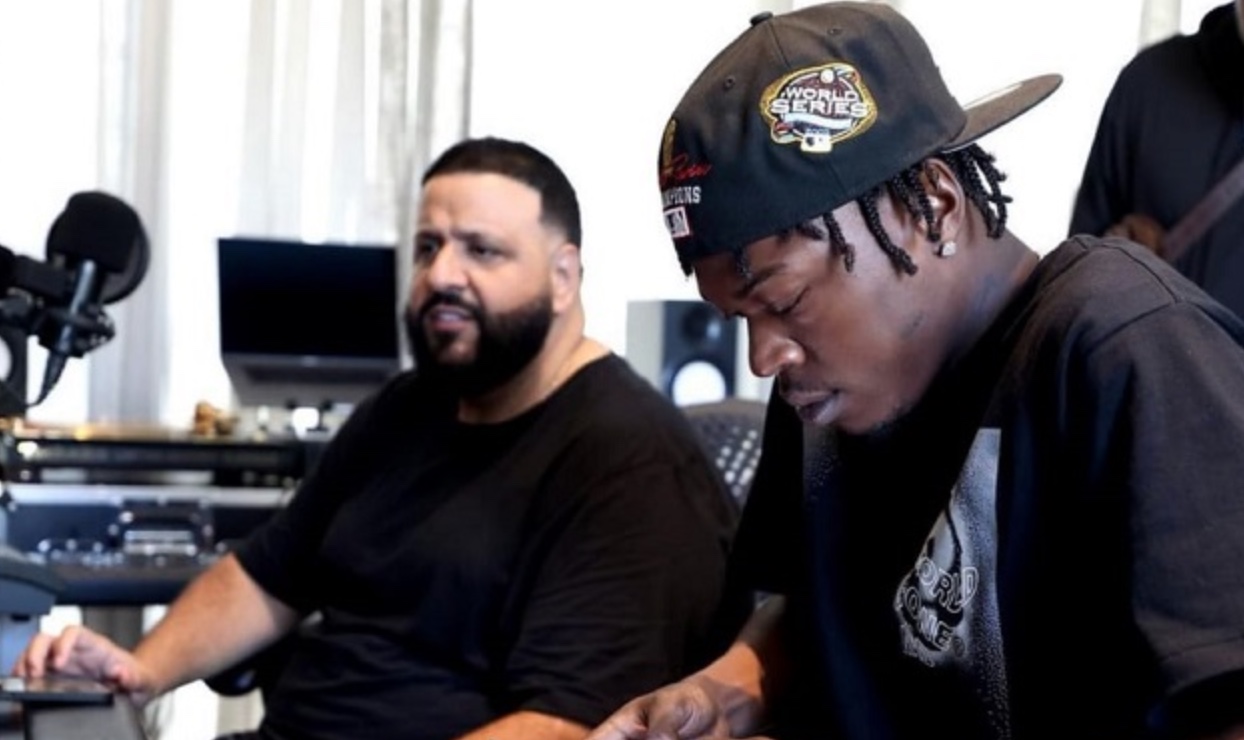 Hip Hop producer DJ Khaled made a reveal on his Instagram recently which has had Dancehall fans in frenzy about what is to come since they saw him in the studio going to work with the E-Syde Don Skillibeng on what seems to be a track for his upcoming album.

The ‘We the Best’ record label owner posted several photos on his Instagram which ranged from him having lunch with the entertainer, them working in the studio together and ‘Skilli’hanging out with his son Asahd.

For lunch DJ Khaled rolled out a table filled with delights which included mutton, what appears to be Jamaican patties, steam fish and jerk chicken. One of the things that Khaled said throughout the video to make it known the magnitude of the moment was by expressing that they did not believe in him, but ‘Skilli’ did.

The ‘We the Best’ label owner is well known for working with some of the biggest names in the music industry such as Drake, Jay-Z, and Nas as well as many Jamaican entertainers including the likes of Capleton, Sizzla, Bounty Killer, Buju Banton, Mavado and now Skillibeng.

In the comments section of the posts, several Jamaican artistes showed their support, by dropping encouraging words however, it was the veteran rapper Busta Rhymes who showed up mostly as a blue tick celebrity to give Skillibeng and DJ Khaled the support as he wrote under several of the posts.

RELATED: Skillibeng To Drop ‘Mr. Universe’ EP In May