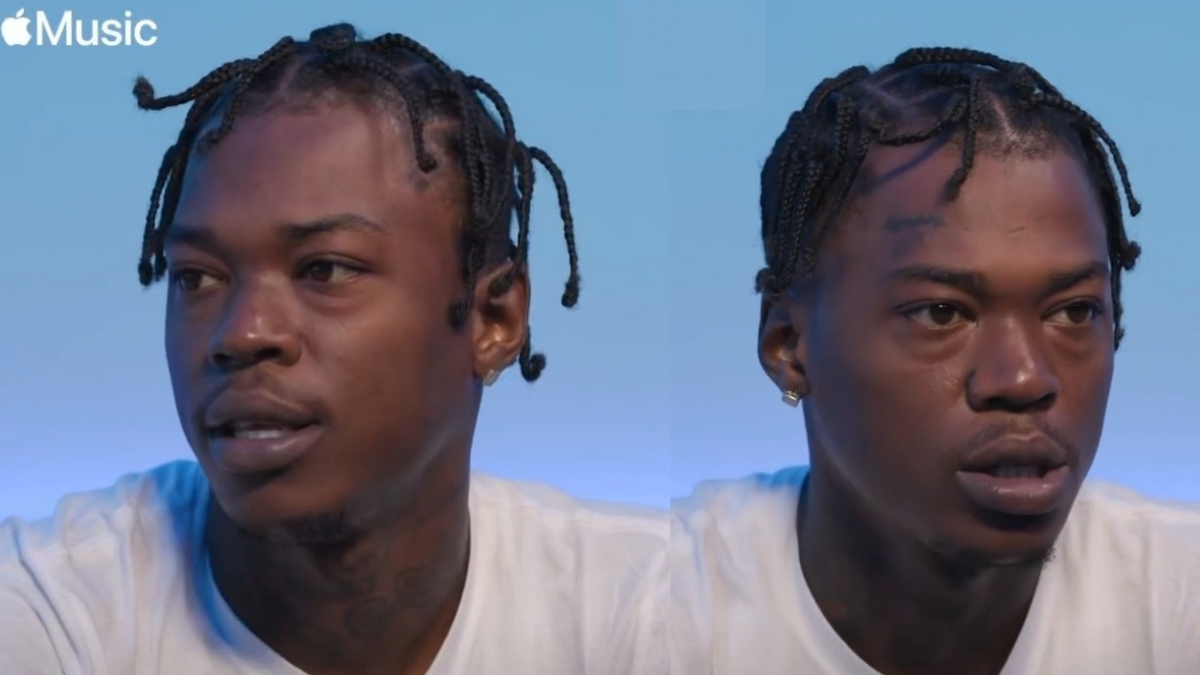 Skillibeng has previously mentioned his single “Mr Universe” which exposes his intellect and the depths of his lyrical talent. A song that has not received a quarter of the fame his simpler tracks have acquired.

The “Crocodile Teeth” singer once again brings this to the public’s attention as he elaborated on the music he creates and his thoughts of titling his sophomore album “Mr. Universe” as well.

Skillibeng, who is known for multiple hit songs including Whap Whap, Crocodile Teeth and the most recent infectious track “Bless Me” featuring Mura Masa and Pa Salieu, says that his underrated single “Mr Universe” exposes a different side to him that people want to see, but the simpler music and the Trap Dancehall songs are the ones elevating his career and opening doors.

“Mr. Universe is a very lyrical song. A lot of people don’t even understand what I am saying. It’s very technical, it’s very informative, so that’s a side of me that people like,” he shared while speaking with Ebro Darden on Apple Music 1 on Monday.

He added that people were complaining about not seeing that side of him anymore, but the simpler form of music is the music that is taking off his career internationally.

“My real fans from the original get go they know what I’m on,” he subsequently added.

“Mr. Universe” EP, produced by Cubanlynk Records & Eastsyde Records, was released in May 2021 with features from Popcaan and Rich The Kid. The song “Mr. Universe” has received almost 12 million views on YouTube since its release.

He Is now considering titling his sophomore album “Mr. Universe” too, which was what he had been building up to and “building a momentum” as his day-one fans are always requesting more in-depth songs of that type.

The 12-track debut album titled after his biggest song to date, “Crocodile Teeth” was released in October 2021 with features from Bobby Shmurda, Rich the Kid, Lil Zack, Stefflon Don, Popcaan, Spice and Davianah.

Watch the interview with Skillibeng below.

RELATED: Skillibeng and DJ Khaled Are “Up To Something Special”