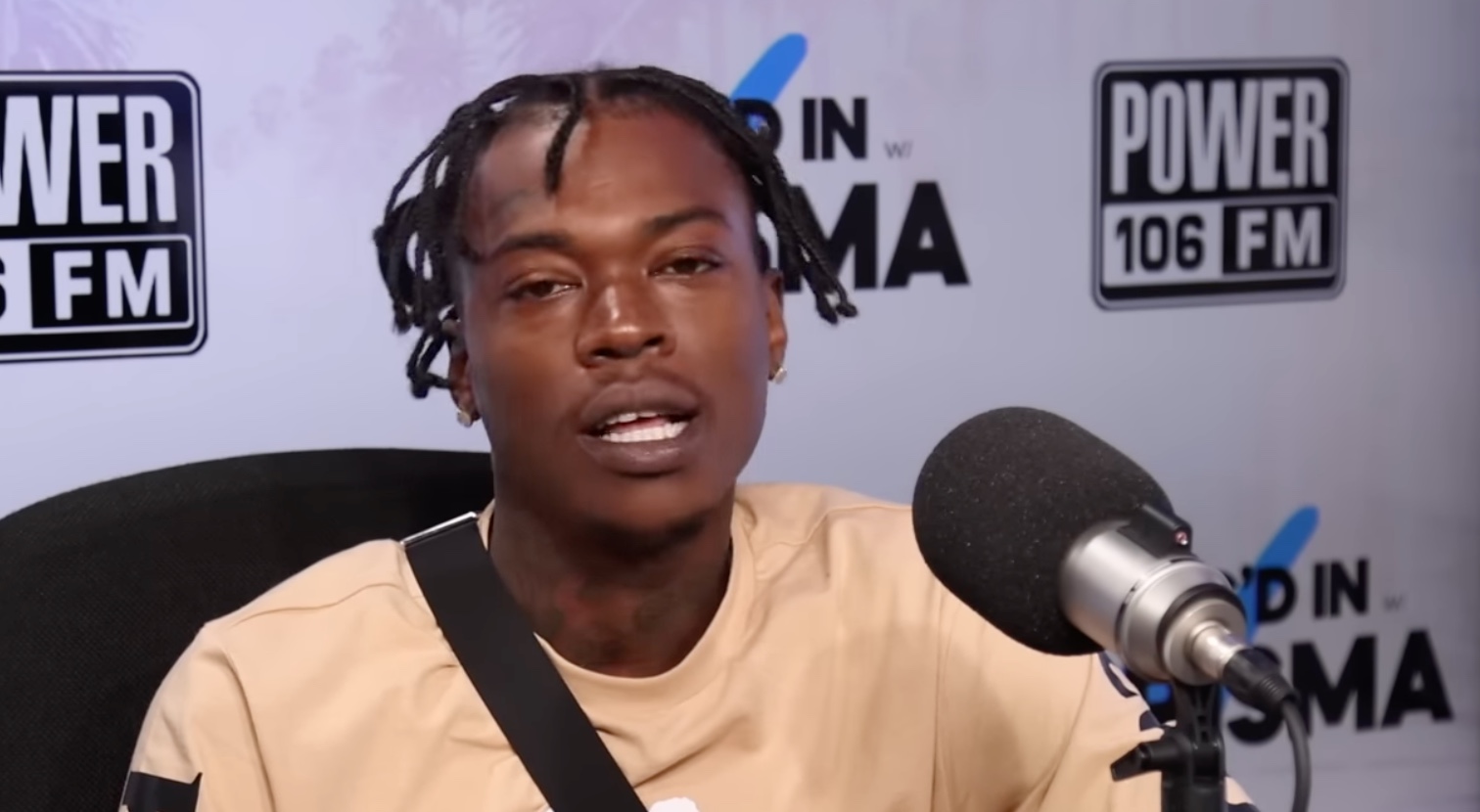 Since the release of his first single “Brain Parts” in 2015, the year of his debut, Skillibeng has been on the fast track to fame. He has since then put out top hits such as “Brik Pan Brick”, “Crocodile Teeth” and “Whap Whap”.

In an interview in Los Angeles (LA), where the “Brik Pan Brik” artiste visited for the first time, with Checc’D In Charisma for Power 106 FM, Skilli speaks on his collab with international superstar Nicki Minaj and how it felt when she wanted to team up with him on his single “Crocodile Teeth” for a remix of the song.

Skillibeng gushed over how surprised he was that she wanted to jump on the track because his team had not been seeking any collaborations at the time. He stated that it was a big power move for him and he was all smiling while reminiscing about how much of a “beast” the female rapper was. As one of the biggest female rappers in the business, Skilli hailed her for being such a fan of the Dancehall genre as a whole.

When asked about the sound of one of his newest singles “Whap Whap”,  the artist expressed how he sees the sound as a “new universal language musically” because of its mixture of Dancehall and HipHop style. Checc’D went on to ask him why he decided to do a remix of the single as it was already an amazing song. Skilli commented that both Fivio Foreign and French Montana wanted to do individual remixes of the song and due to the influence that was afforded by the artistes in question and their business relationship, he decided to team up with them, but on one remix instead of two.

The hit Dancehall artiste commented after being asked about how he felt about performing in LA for the first time, he said, “they said that Dancehall or Caribbean music overall is not popping but surprisingly I am”. He also joked about the name of the song being the onomatopoeia for how a belt sounds when someone is hit by it.

Many fans commented on the interview with a myriad of congratulations. Some of them are ” I love all the success Skillibeng is getting. Well deserved”. Another commented “Dawg zero Dancehall and gone…