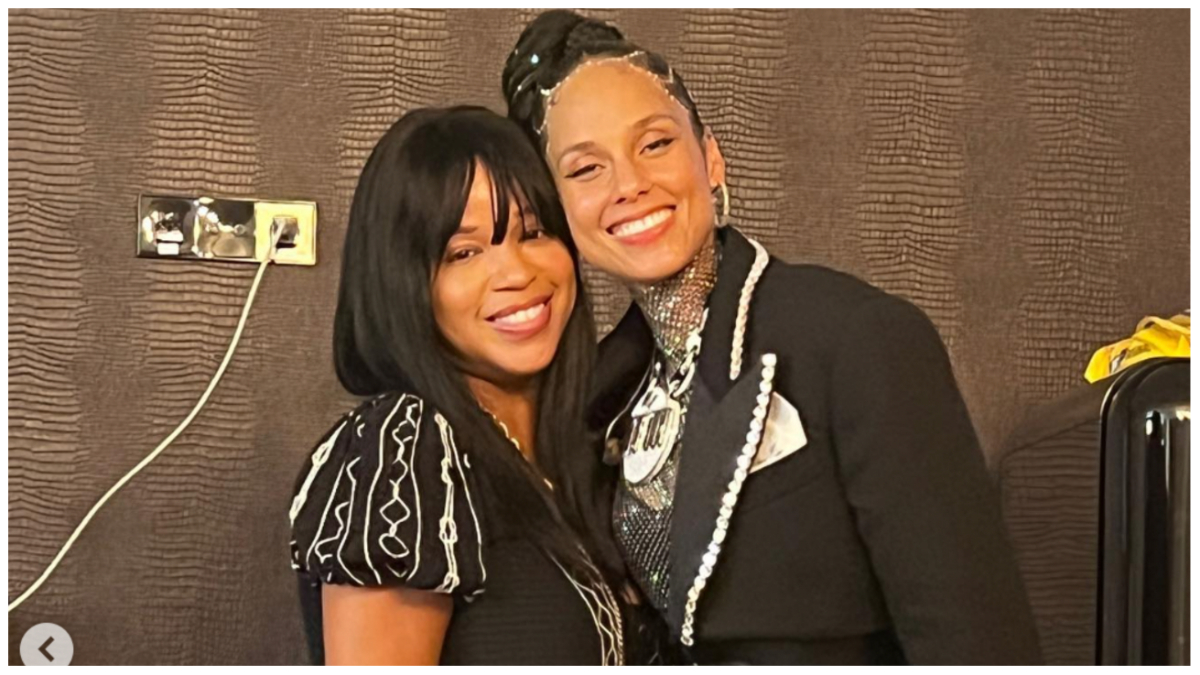 Social Media Reacts to Mashonda Tifrere Supporting Alicia Keys While on Tour, Past Allegations of Keys Wrecking Her Marriage to Swizz Beatz Resurface

The relationship shared between Alicia Keys and Mashonda Tifrere still baffles their fans.

“Verzuz” co-creator Swizz Beatz unintentionally fanned a smoldering fire when he shared a photo of the two women embracing. The touching moment was captured behind the scenes of Key’s Queen worldwide tour, which is currently on its international leg.

Despite the rough start, Tifrere, Keys and Swizz have all moved past the drama surrounding their relationship. Even more impressive is the supportive relationship that Tifrere and Keys have managed to cultivate. But for Tifrere’s fans, the old wounds of 2011 remain present.

“She better than me…all imma say!!” commented one person after seeing the photo.

“It’s a no for me. Idc…we saw LHH and I’m sorry that woman was played by both parties,” commented another person.

“Imma NEVER BE THIS MATURE…..and i don’t want to be…i wish ya’ll well…but i don’t have to be there.”

In 2011, Tifrere starred in the first season of “Love & Hip Hop: New York,” where she alleged her marriage to the mega-producer was destroyed when Swizz began working with Keys. Their professional relationship allegedly lead to an affair. She further dished on her side of things in an open letter that blasted Keys for being a “homewrecker.” Both Swizz and the “Diary” singer have denied there was ever any wrongdoing.

In recent years, the trio have proven that time and open communication have been key in creating a healthy family base. In 2018, Tifrere penned a book “Blend: The Secret to Co-Parenting and Creating a Balanced Family.” In it she shares how she, Swizz and Keys have come together “to raise emotionally and mentally healthy children.”

Her fans have also championed her for finding a way to come out on the other side of the relationship scandal. “This is what I love to see. They managed to get past their issues and are now all about peace,” and “This is NOT sister wife mess!! It’s mature people looking out for the best interest…