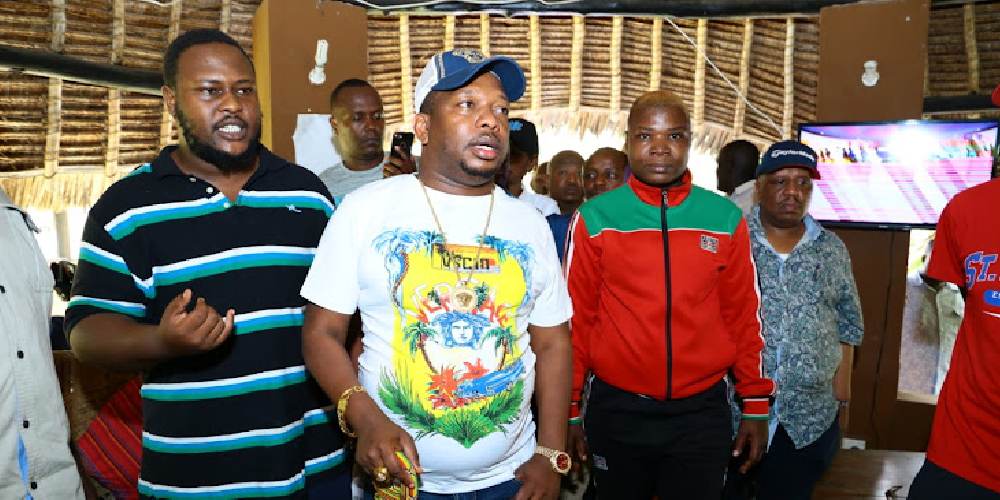 Sonko was giving a speech Saturday afternoon at the Mombasa Women Empowerment Network Hospital in Miritini, where Conjestina is undergoing rehabilitation.

He had gone to see how she was doing and gift her some boxing gear.

Sonko shared a series of posts on social media, saying Conjestina will be discharged from the facility next week.

“Kazi iendelee. Conjee is still alive and doing well at the Mombasa women rehab. She will be discharged next week,” Mike Sonko informed.

On Thursday, social media users began spreading rumors that Conjestina had passed away.

Conjestina’s health and mental state had gotten worse, and she had been admitted to the facility at the beginning of July.

Conje has been tormented by mental illness and money issues since 2011 despite having a brilliant career that made her the darling of many Kenyans.

After running away from Kisumu’s rehab facility, she attacked her younger brother in Siaya in 2016 and severely injured him with a sharp instrument.

On June 28, Kenyans from all walks were finding it hard to swallow the bitter truth the former boxer was living in abject poverty, despite being one of the best boxers Kenya ever had.

Following the virality of the photos, Sonko promised to help Conjestina again.

“I’ve singlehandedly helped her before, taken her to various hospitals and rehab centers including Nairobi County rehabilitation center in Parklands, Diani Beach among others where she gets full recovery and discharged then when she gets back to shags after a while gets worse again,” said Sonko

“However despite my busy court schedule and tribulations, I have decided to continue helping her including taking her to Mtumishi prophetess Mary Kagendo for prayers. I am just now dispatching a car with my team to Siaya to facilitate her movement.”

Since retiring from boxing, the boxer has been struggling with mental health issues.