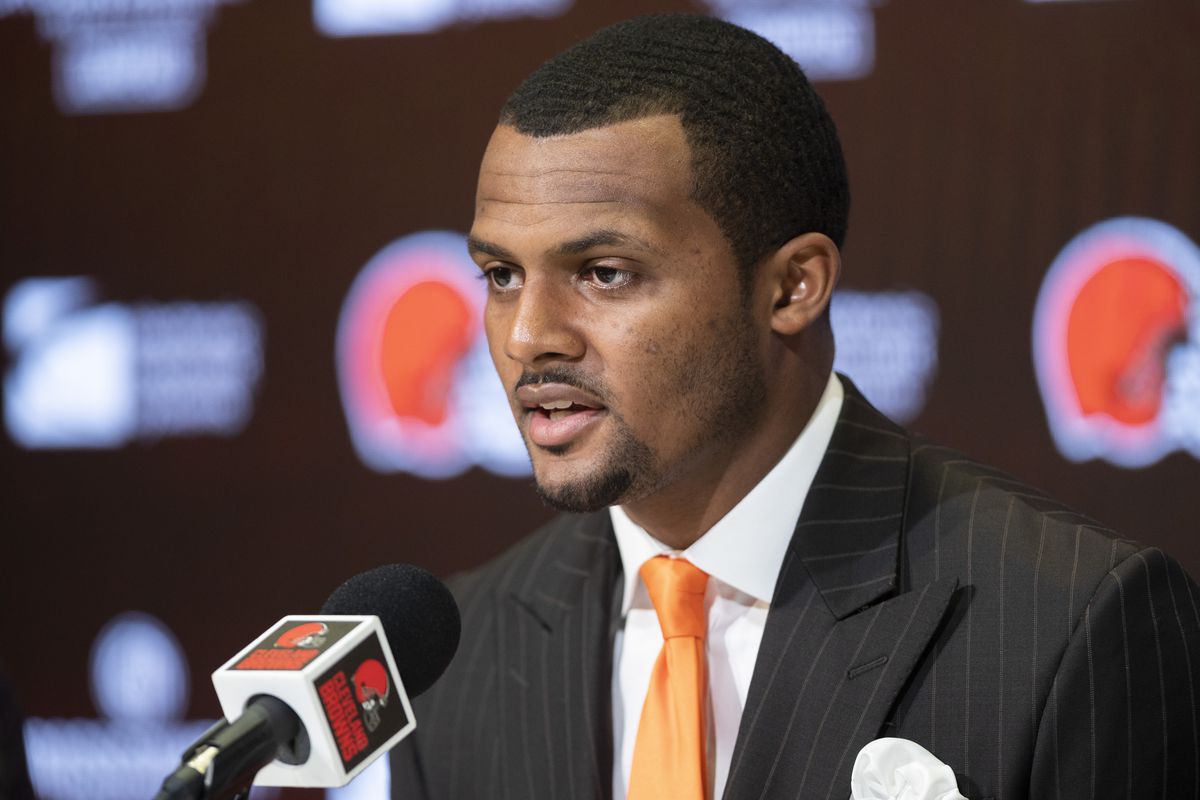 The NFL and the National Football League Players Association have come to an agreement on an 11 game suspension for Cleveland Browns player Deshaun Watson.  He was previously suspended for 6 games by retired federal Judge Sue L. Robinson for violations of the NFL personal conduct policy related to sexual misconduct or assault allegations, made by over 20 women.  Last week the league appealed the 6 game suspension and NFL commissioner Roger Goodell called for at least a full-year of suspension.

Now the Cleveland Browns QB says he’s grateful the disciplinary process is over. Watson said he’s “extremely appreciative” of the support he has received from the Browns organization. He will also be fined $5M for violating the league’s policy on top of the 11 games he’ll be forced to sit out. Watson said he apologizes for any pain he’s caused in this situation and is focused on being the best version of himself he can be going forward.

Browns owners Dee and Jimmy Haslam insisted in a statement released following the  disciplinary action that they’re committed to investing into programs in Ohio that educate youth about awareness and prevention regarding sexual misconduct.