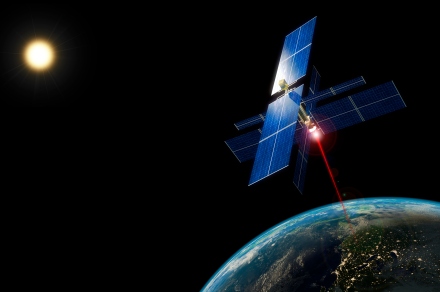 Space-based solar power plants could soon be a thing

China has brought forward plans to build a solar power plant in space in an ambitious project that several other countries are seeking to emulate.

Ground-based solar panels are already making a real difference to energy production as we try to wean ourselves off fossil fuels, but occasional cloud cover means that the system often fails to operate at full efficiency.

To get around this, Chinese scientists and engineers have been working on a way to build a solar power plant in space capable of beaming the stored energy to Earth, with those behind the project claiming that such a facility could generate six times as much energy than if it was located on the ground.

While China had been aiming to launch its first solar power transmission technology in 2030, those involved in the project said that technological advancements meant that it’s now able to begin testing its gear in space in 2028, the South China Morning Post (SCMP) reported.

The trial technology, which scientists say is capable of converting solar energy to microwaves or lasers before being targeted at Earth stations that convert it to power for the grid, will orbit at an altitude of about 250 miles (400 kilometers)

While the test facility will only generate about 10 kilowatts of power, if it works effectively then it can be scaled up to produce considerably more.

But the Chinese team is under no illusion as to the size of the challenge that lies ahead if it’s to succeed in its endeavor to beam high-power microwaves over vast distances.

Issues include “effectively cooling various essential components; assembling very large infrastructure in orbit with multiple launches; penetrating the atmosphere in all weather with high-frequency beams; and preventing damage from asteroids, space debris, or a deliberate attack,” the SCMP said in its report.

China is aiming to build a full-scale space-based power plant in four stages, transporting the necessary components to space in a series of rocket launches.

Following the first launch in six years’ time, engineers want to send a more powerful version of the technology into orbit in 2030 in a bid to…