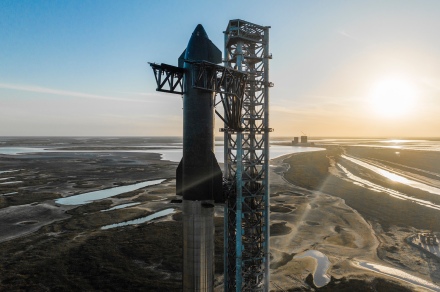 SpaceX is eager. to send its next-generation rocket on its first orbital test flight, but the Federal Aviation Administration (FAA) has other ideas.

In another blow to SpaceX’s plan to launch the highly anticipated maiden orbital flight of its powerful Starship rocket sooner rather than later, the FAA said on Tuesday that it needs more time to complete its Programmatic Environmental Assessment of the proposed mission.

The assessment, which the FAA launched last fall, is looking into whether SpaceX’s launch would pose any kind of hazard to public safety or the environment, and also examines relevant issues related to national security, among other matters.

The FAA had been expected to publish the outcome of its review on May 31, but in the latest of a series of delays, it said the review won’t be ready until June 13 at the earliest, explaining on its website that it needs the extra time to complete consultations with various government departments and examine all of the 17,000-plus public comments that were submitted during the process.

The outcome of the FAA’s review will determine if SpaceX can launch the Starship from its Starbase facility in Boca Chica, Texas. If not, the spaceflight company led by Elon Musk will need to transport the rocket to another launch site — the Kennedy Space Center in Florida — around 1,000 miles to the east.

A lot is riding on the Starship’s first orbital test flight as SpaceX and NASA are hoping to deploy the rocket for crewed missions to the moon, and even Mars.

Comprising the Super Heavy first stage and Starship upper stage — collectively known as Starship — the rocket fly for about 170 seconds during the test flight before the Starship separates from the Super Heavy stage.

The Starship will then fly on a path designed to take it into orbit for the first time, before descending for a targeted splashdown in the ocean. The entire mission is expected to take around 90 minutes.

As with the first stage of SpaceX’s workhorse Falcon 9 rocket, the company’s ultimate goal is to land both stages of Starship on the ground so that the vehicles can be used for…