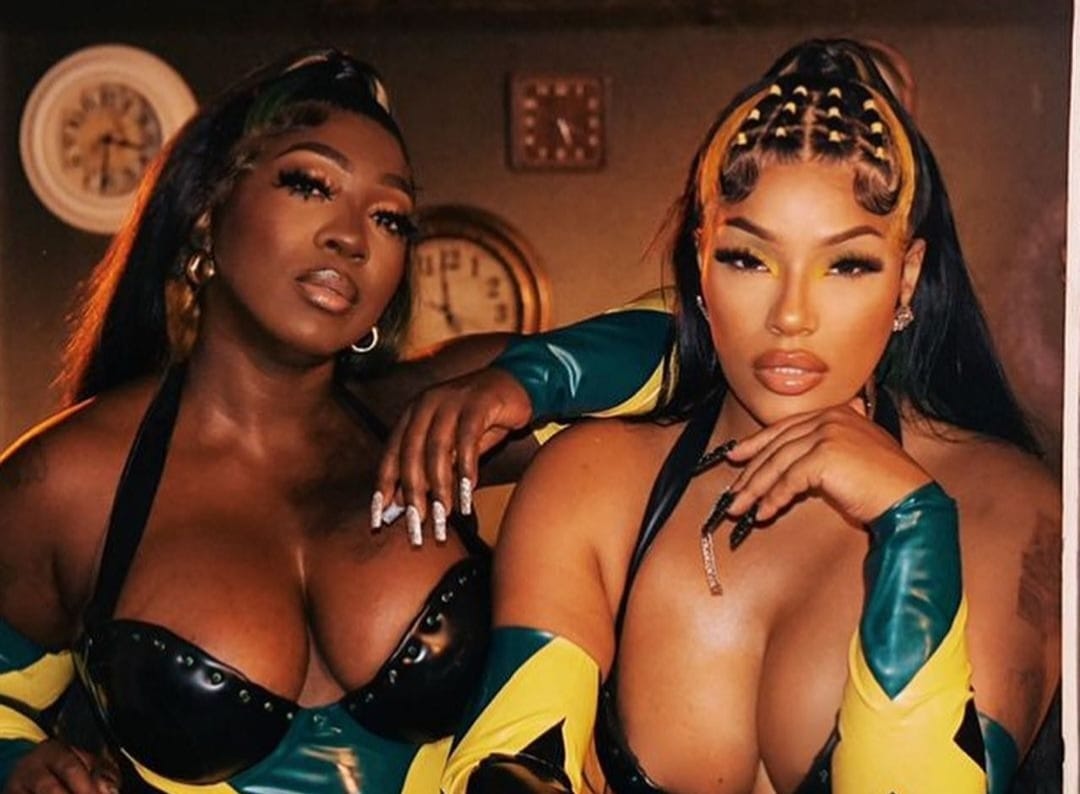 International recording artistes Spice and Stefflon Don have teamed up to collaborate on a new single that is expected to get the waistline moving called, “Clock Work”.

The “Queen of Dancehall” posted a series of photos on Instagram of her and the “Hurting Me” entertainer representing the Jamaican flag in a black, green, and gold body suit. For the caption, she wrote, “Clock ? work drops tomorrow ?????? 2 Bomboclaaaat Jamaican Bad gal @stefflondon get your waistline ready and let’s goooooo”.

As a precaution, viewers are warned that “Clock Work” will be for mature listeners only, whereby one of the posters had the advisory imprinted, “PARENTAL ADVISORY EXPLICIT CONTENT”. It also showed Spice and Stefflon Don in a seductive stance, which simply means, the two entertainers are about to get wild and unleash that Caribbean ‘bad gal’ behaviour.

Fans are in high anticipation of the release, with several fire emojis left in the comments section from also members of the music fraternity such as @tamichinmitchell, @demarcodon, @alainesinga, and @safaree among many others.

One of the commentors wrote, “NO FUCKING WAY YES ???? THIS IS GONNA BE FIRE. WOW. THE COLLAB THE WORLD NEEDED ???”.