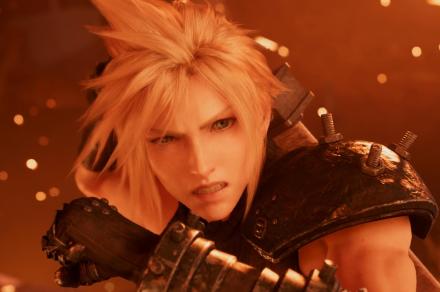 Square Enix just announced it will be hosting a 25th-anniversary stream for Final Fantasy VII on June 16.

The company announced the stream in a tweet Friday morning, saying it will look back on the most iconic game in the Final Fantasy series and the impact it has made on the franchise, as well as the gaming industry at large. The 25th-anniversary celebration stream will only last 10 minutes.

Join us next week for around 10 minutes to celebrate 25 years of @FinalFantasy VII: https://t.co/y074ldZMhg

Co-stream the broadcast and share your reactions with #FFVII25th. Please be excited. pic.twitter.com/DskOd2CxQj

Tetsuya Nomura, who designed Cloud Strife, Tifa Lockhart, and other iconic characters in Final Fantasy VII, reassured fans in a reply that there will be plenty of stuff to talk about within the stream’s extremely short time limit, alluding to information regarding Final Fantasy VII Remake Part 2.

“We will be streaming Final Fantasy VII 25th Anniversary Celebration. At only around 10 minutes long, it will be short and sweet, but we have packed in lots of information, so I hope everyone can look forward to the unveiling,” he said.

Square Enix hasn’t given much information about Final Fantasy VII Remake Part 2 in the past year other than that it had a shorter development period than the first one, and it is expected to come out sometime later this year. It’s possible that we might see the trailer for the game previewing more of Cloud’s adventures with Avalanche in saving the world from total ecological destruction, as well as a release date for it. After all, it’s been two years since we were blessed to play the first part of Final Fantasy VII Remake, complete with gorgeous CGI graphics and a story and accompanying lore that remained faithful to the original source material — all while we were cooped up at home due to the pandemic.

Meanwhile, we’ve got Final Fantasy VII Remake: Intergrade to hold us over, telling the game’s story from Yuffie’s point of view. We also got a new trailer for Final Fantasy XVI at…