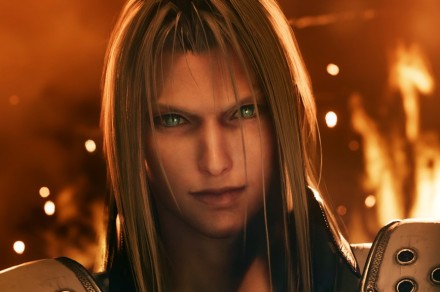 Square Enix gets into NFTs with Final Fantasy 7 merch

In collaboration with NFT Ecosystem Enjin, Square Enix will be bundling Final Fantasy NFTs tied to a set of 25th-anniversary action figures.

Final Fantasy 7 celebrated its 25th anniversary this year with many exciting announcements. Alongside the first look at the second installment in the FF7 remake trilogy, now titled Final Fantasy 7: Rebirth, we also got the announcement of another remake in the form of Crisis Core: Final Fantasy 7: Reunion. It wasn’t until now that the company announced that it would also be releasing a brand-new action figure of protagonist Cloud Strife. Pre-orders for the figures have gone live as of July 21.

Square Enix has revealed a digital card collection will be bundled with the physical sale of the action figure, as well as an NFT version of the figure for anyone who purchases the digital plus edition of the figure. All versions of the figure come with a digital certificate of authenticity that requires users to create an account on the Enjin NFT platform and create an Enjin wallet to be redeemed.

Enjin executive Witek Radomski stated that “This partnership marks a coming-of-age phase for digital assets and entertainment; Square Enix, an esteemed developer with iconic intellectual property, is paving the way for the industry.” And also that “by using Efinity, fans can experience interactive NFTs without even realizing they’re on the blockchain.”

Both versions of the figure are available for pre-order, costing $130 for the standard version and $160 for the digital plus edition, both of which are expected to launch sometime in 2023.

Despite Enjin claiming that it is committed to carbon-neutral NFTs by 2030, the situation is a bit ironic considering the ecological themes of the source material.