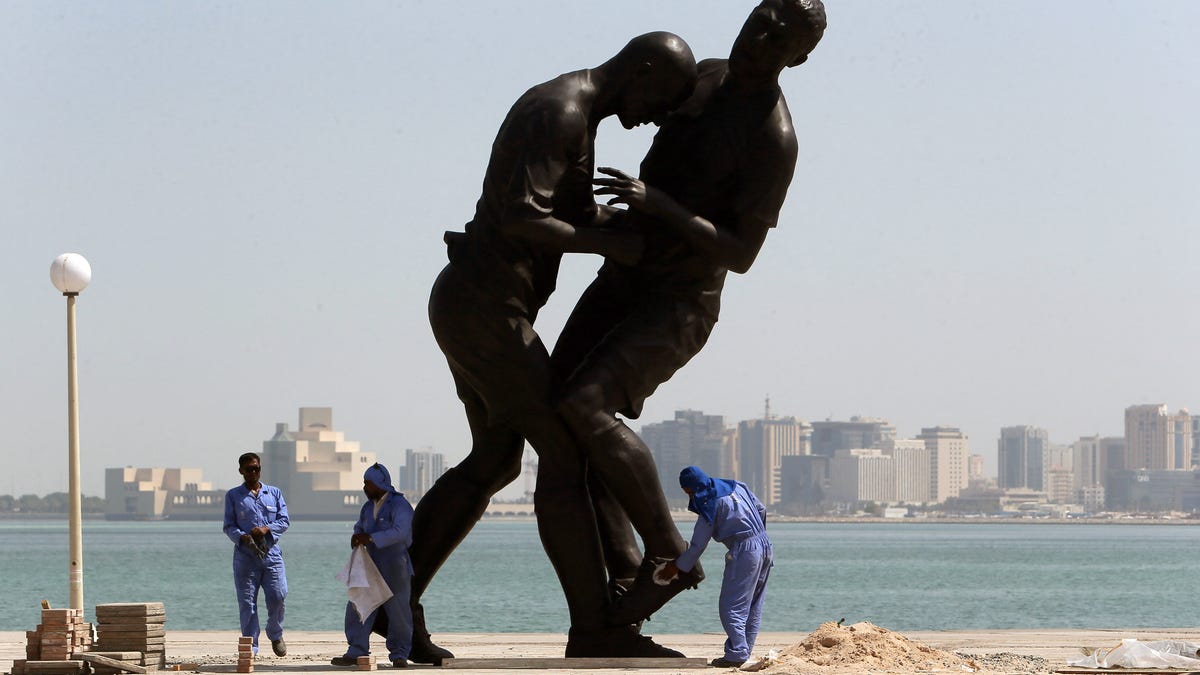 Statues that should sit alongside the Coup de tete

Imagine if your lowest moment was so abysmal that people would want to build a statue to it? No, I’m not talking about the Southern part of the United States, I’m referring to Zinedine Zidane’s headbutt of Marco Materazzi in the 2006 World Cup Final that earned him a red card before France fell to Italy in penalties — and a bronze immortalization in Qatar.

It was one of those, “Wait, what the fuck just happened?” moments that will forever be linked to Zidane no matter how many trophies he wins as a manager. Dubbed, “Coup de Tête,” the bronze statue was unveiled a few years ago, but was taken down not because it’s a weird thing to celebrate, but because religion in the region forbids idolatry.

Now, in the lead up to Middle Eastern country hosting the World Cup, the 5-meter statue is back, and ready to promote dialogue about “stress on athletes… and the importance of mental health,” according to Qatar Museums Chairperson Sheikha al-Mayassa al-Thani.

Common sense says maybe you shouldn’t use an act of violence and a lapse in judgment as a vehicle to promote not losing your shit in the face of a mouthy opponent. It’d be like erecting a fountain of a guy puking Old Milwaukee back up through a beer bong to promote moderation.

So since I have a ton of time on my hands with the World Cup not set to begin until the fall because it turns out that playing soccer on a surface that’s actually lava isn’t safe, I thought perhaps the creators of that statue could sculpt a few other odes to sports’ guiding principles.