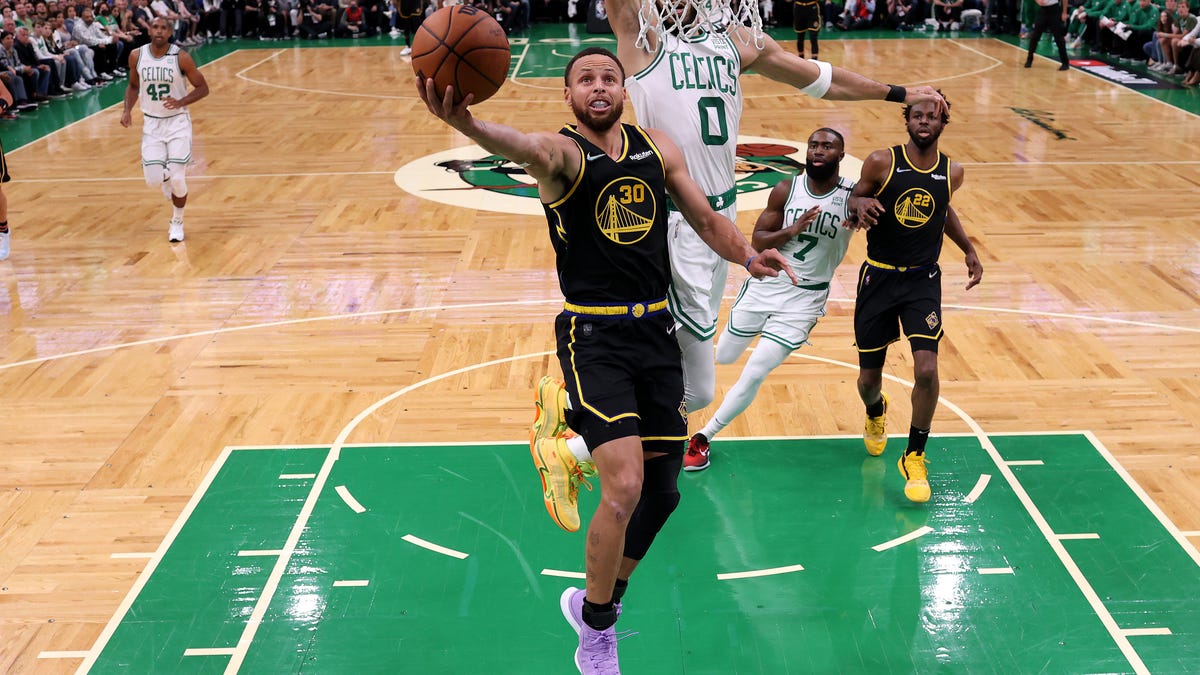 Steph Curry seems like he’s tired of hearing about not winning a Finals MVP.Image: Getty Images

Game 4 of the Finals felt a lot like Game 1 with the road team quieting a hyped home crowd via a fourth quarter run that flipped the game and sent stunned fans for the exit before the final buzzer. Steph Curry needed to be brilliant and he was, hitting the biggest shot of a series that has seen few late-game heroics.

Up 97-94 with less than two minutes left, the man who’s looking to add a Finals MVP to his trophy case found a sliver of space and hoisted. I don’t need to finish that sentence because you know how this goes.

Curry finished with 43 points, 10 rebounds, and a 4-5 assist to turnover ratio. The Dubs were a little loose with the ball early in the game, but when it mattered, it was Golden State who hit shots. Marcus Smart and Al Horford each clanked good looks to even the game at 97, and Jaylen Brown also committed a crucial turnover.

While the game still ended in a double digit margin, it’s a promising development as the teams have kind of figured out each other. Steve Kerr went offense-defense with Draymond Green late in the fourth quarter, and straight up benched him during a crucial stretch that saw the Warriors overcome deficits of five points with seven minutes remaining and four points near the five minute mark. (I would give you a breakdown of what Green said about the benching on his postgame podcast, but if I wanted to hear someone spin the truth, I’d flip on any major news network.)

Jayson Tatum was Boston’s leading scorer, putting up an inefficient 23 points on 23 shots and playing poor enough to anger pundits with his performance. He did find teammates for open looks, but once it was apparent that the Celtics needed him to score above all else, he should’ve kept forcing the issue.

The game was there for the taking, and it was Curry who seized the opportunity. I would say flex on ’em, Steph, but it’s just weird — like a Care Bear did a couple of cycles or something.

The Charlotte Hornets are set to hire former Nets’…