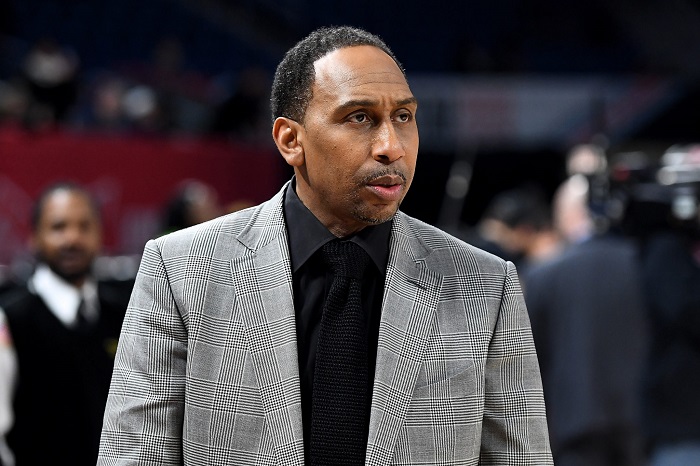 Stephen A. Smith has been missing in action from one of ESPN’s primetime shows, “First Take”. The illustrious and famed journalist and media personality has not appeared on the show for over a month due to a recent shoulder surgery. He announced the surgery and resulting hiatus on Twitter last month.

Appreciate the love I’ve been receiving from everyone who’s missed me on @FirstTake. I’m out because I’m rehabbing from shoulder surgery. Partial tear — rotator cuff AND Bicep, along with frayed Labrum, plus a Bone Spur. Aging sucks, but it is what it is. Back next month.#AllLove

Fans and viewers are beginning to get anxious about the return of the coveted host. According to his response to one fan, Smith will be back in action two weeks from the 1st of the month, on Monday, August 15.

Since his hiatus, a number of analyst and personalities have stepped in to fill Stephen A’s seat for the time being. While no one can replace the potent precess of Smith, the analyst have done their best to hold down the fort alongside host, Molly Qerim.

Smith also took to Twitter yesterday to honor the life and legacy of the late, great humanitarian and champion, Bill Russell.

My deepest condolences to the family, loved ones and the @NBA community on the loss of the greatest champion we’ve ever known: BILL RUSSELL. An activist, a pioneer, a humanitarian. He made the world better for us all.#RIPCHAMPION

“First Take” airs every weekday on ESPN between 10 AM and 12 PM est.