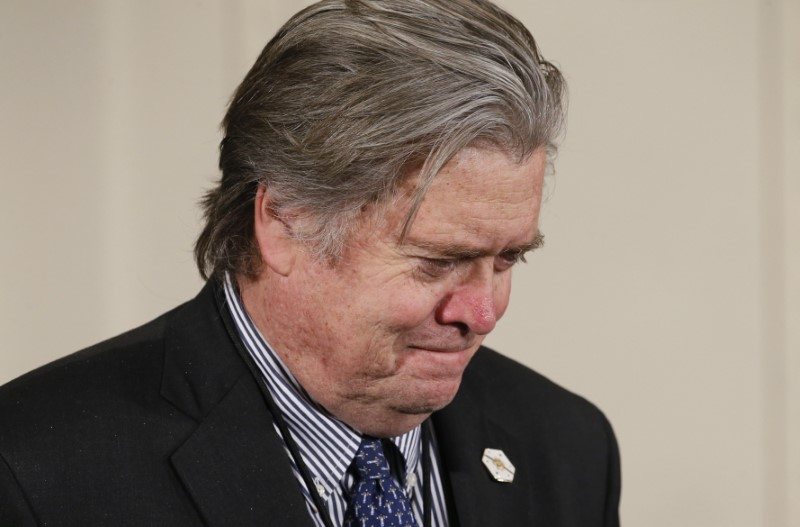 Steve Bannon lost in federal court as the judge ruled against him on multiple points and refused to delay his criminal trial.

Hugo Lowell of The Guardian tweeted:

JUST IN: Judge Carl Nichols will NOT delay Steve Bannon’s criminal contempt of Congress trial date beyond July 18 — Nichols says voir dire process should be enough to seat a jury not prejudiced by Jan. 6 committee hearings.

NEW: Judge Nichols rules against Bannon and quashes his motion to subpoena top House Dems, including Speaker Nancy Pelosi, as well as Jan. 6 committee members and senior staff at his trial — “The language of the speech or debate clause is absolute”

Steve Bannon lost on every point that he made during the hearing. The judge that ruled against him was a Trump nominee, so this was not a “liberal activist judge” who is out to get Steve Bannon.

Bannon has had a terrible day. The DOJ told Bannon they were still prosecuting him even if he testified before the 1/6 Committee. Bannon found out that the scheme he cooked up to get his charges waved by Trump waving a bogus executive privilege claim was undercut by Trump’s lawyer, and the judge flat out rejected his points and won’t delay his trial.

Trump’s former White House adviser and campaign manager threatened to turn his trial into a prosecution of the 1/6 Committee, but instead, it sounds like he should plead guilty because he has a very good chance of going to jail for up to two years.