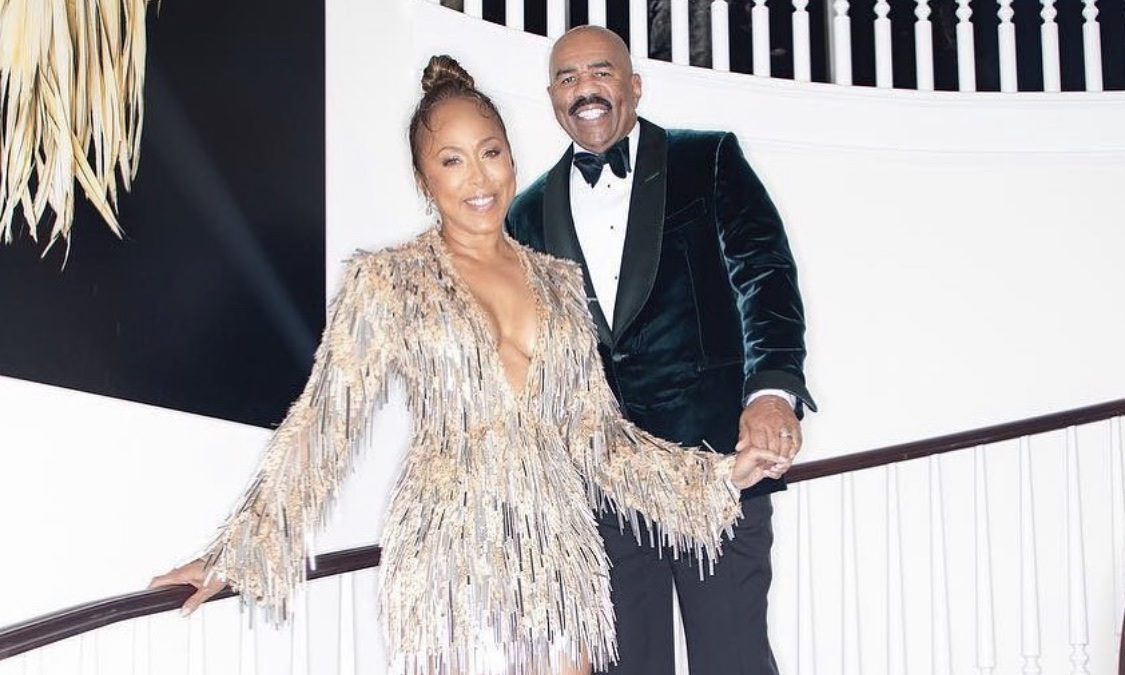 Steve Harvey and wife Marjorie Harvey will soon be celebrating their wedding anniversary. This anniversary will mark 15 years since the two fell in love and tied the knot. In honor of their love and his love for her, Steve wrote a love letter in which he raved about the former fashion journalist and how much she means to him.

The couple originally met in the late ’80s, but lost touch. In between the years before they officially became an item Steve married twice: the first one was from 1981-1994 to Marcia Harvey and the second time was from 1996-2005 to Mary Lee Harvey. It wasn’t until 2005, when Steve and Marjorie re-connected and then married each other in 2007.

The love letter appeared in the July/ August 2022 issue of Good Housekeeping. In the letter he mentioned how speaking to her on the phone in 2005 was “The best day of my life.”

Steve has never shied away from expressing his love for Majorie. In 2010, the “Family Feud” TV show host made it crystal clear that he and his 56-year-old wife “owned” each other. He even gave credit to Marjorie as to why he is so successful.

Steve has always been one to be transparent about his journey in life and rise to success; he’s spoken about being homeless and how he had to push through all of these obstacles. In his letter, he revealed how he was still trying to get out of a deep hole. Steve wrote, “You were willing to get in that fox hole with me and grow with me.”

Steve finished the love letter off by saying that Marjorie changed his life. “I think a person should give their flowers while they are living. I want to thank you, because without you there is no way my life could be this,” he said. “I owe you a debt of gratitude because you simply changed my life. If people get tired of hearing me say that, that’s OK. It doesn’t change the facts. You are the single biggest reason outside of God’s grace that I am where I am today. You’re the one. I feel like if I lost everything, you’d stay with me and we’d build it up again. As a matter of fact, I know you would.”