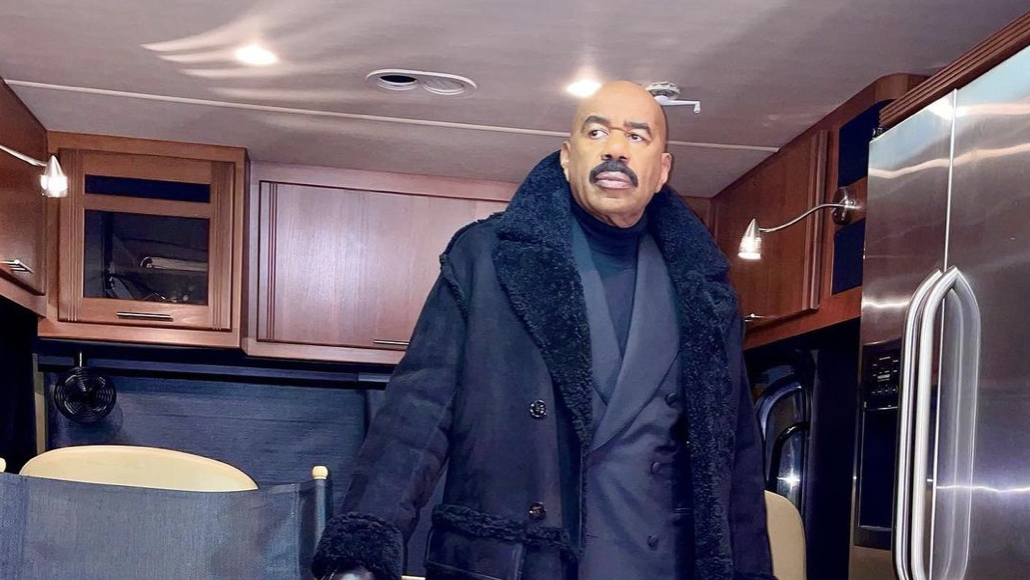 Steve Harvey took a break from his many jobs as a host and TV judge to give back to his community.

The 65-year-old coached a basketball game that took place earlier this week.

In the clip, Harvey, who wore a camouflage ensemble with a fishing vest, is seen observing his mentees playing against the other team. As the clip continued, the “Family Feud” host offered his best sporting advice.

He said, “Now when we get it, we ain’t got to rush down the floor. Because you see when you want to set offense, they can’t handle a set. They better at the up-and-down game. We better at the set.”

Following his remarks, Harvey cheered on his boys and provided words of encouragement throughout the video as they continued to play. As fans viewed the recording, many were confused by Harvey’s game attire. Several individuals claimed that the star looked like he was going fishing, while one person mentioned hunting.

“Are you fishing or coaching?”

“Are you going fishing?”

“N–a at a basketball game dressed like he going hunting.”

Among the previous comments, others praised Harvey for taking time out of his busy schedule to spend time with the youth. One wrote, “Giving financially is good but sacrificing your time is better!!!! These fellas won’t forget this moment! Thank You Steve.”

Another said, “Giving back in THE BEST WAY!” A third social media user wrote, “I really appreciate what you do for the future of our youth.”

Moments before Harvey’s coaching video was shared on his foundation page, it was revealed that he and his mentees went fishing earlier on June 21. The caption read, “If I keep giving you the fish, you will…