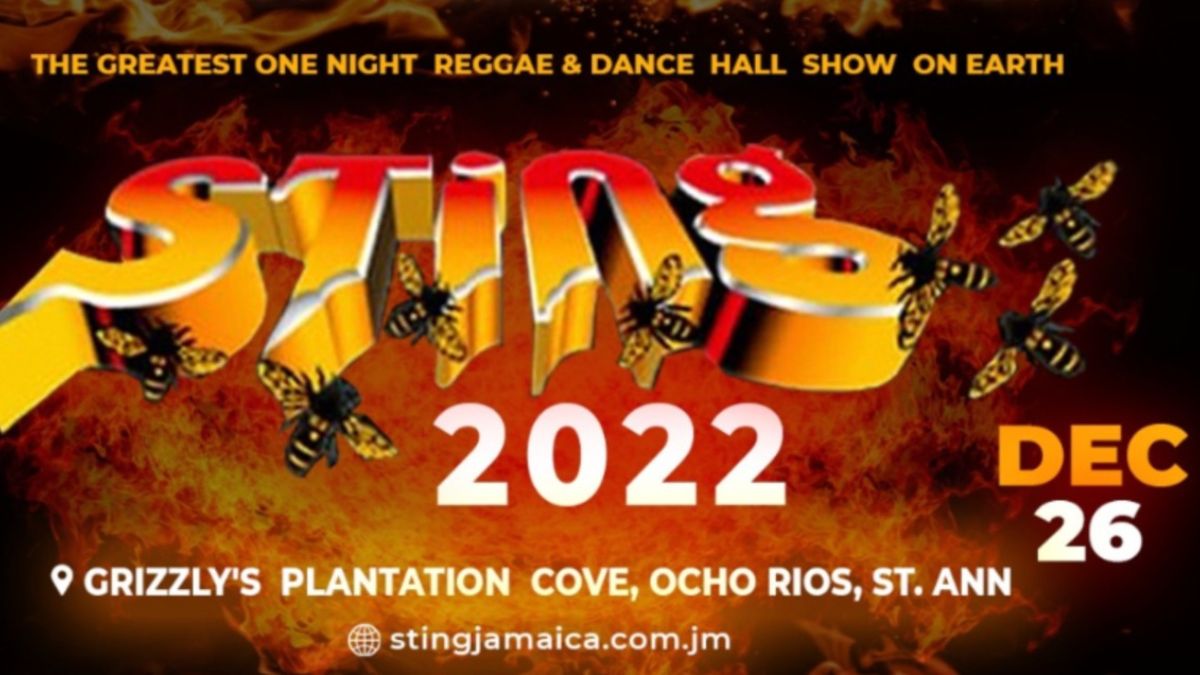 Sting was last staged in 2015, and after a nearly decade-long hiatus, The Greatest One-Night Reggae and Dancehall Show will be returning to satiate the appetites of dancehall fans across the island.

Sting organizers announced in July that the once-yearly held event would finally be returning after numerous attempts to have it rebooted. The announcement came via a press release, and organizers stated that the grand return was the answer to “the resounding and now deafening clarion calls for a true stage upon which to hone and test the lyrical mettle and audience mastery of the new wave of dancehall young guns,”

A poster recently released for the event confirmed that the stage show would be reclaiming its December 26 date but would be moving to a new location at Grizzly’s Plantation Cove in Priory, St. Ann. Noticeably missing from the advert was a list of performers. In the press release mentioned above, organizers stated that “15 top-ranked, lyrically savvy, and popular reggae and dancehall artistes” had already been booked for the Boxing Day event, but no hint at who they may be was given. It would appear that founder Isiah Laing and promoters are staying tight-lipped for now, and fans will have to wait and see.

Much is expected from the event upon its return, as its last staging in 2015 was less than stellar. A police lock-off order caused the stage show to end prematurely, and some of its most notable stars, including Beenie Man and Elephant man, could not perform.

RELATED: Sting To Return After 7 Years