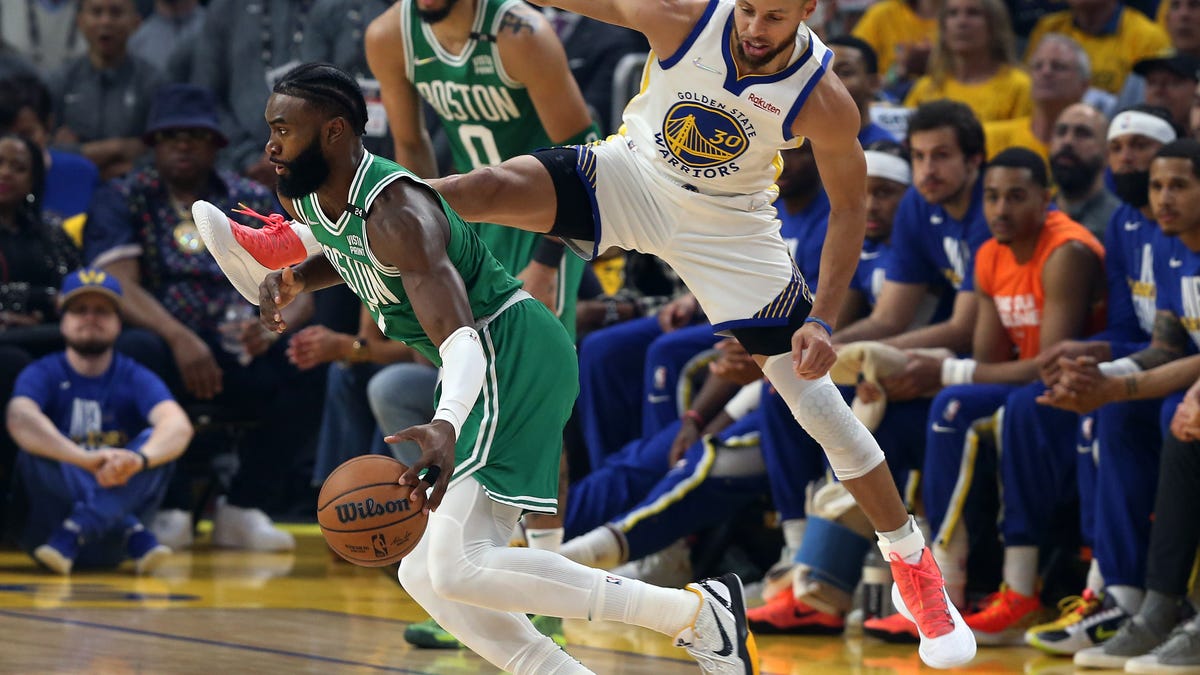 Stop comparing viewership numbers for the NFL and NBA

Viewership for Game 1 of the NBA Finals is up from the previous two years, but otherwise the lowest since 2007.Image: Getty Images

Viewership for the 2022 NBA Finals is up 37 percent from last year and its ratings are the highest they’ve been since the last time the Warriors were in the Finals in 2019. That said, there are some worrisome figures. For one, while viewership is up from 2020 and 2021, Game 1 of these Finals were the least-watched Game 1 of the Finals held in June (not during an abnormal schedule as was the case in 2020 and 2021) since 2007.

According to Jon Lewis of Sports Media Watch, Game 1 averaged a 6.4 rating and 11.90 viewers, just over half of what the lowest-rated NFL playoff game drew last season (23.2 million; Monday Night Wild Card Game, Rams-Cardinals). That sounds really bad for the NBA, but it’s just not a fair comparison.

Yes, the NBA Finals are down in viewership. Make fun of it for that if you will, but comparing it to the NFL is a fool’s errand. Think about it. The draw of the NBA playoffs isn’t one singular game. It’s the entirety of a series. In the NFL, it is a singular game, making more people inclined to tune into that singular game. I’m not denying that the NFL has a larger audience. Everyone knows the NFL is the biggest sport in America by a wide margin, but to say that the NBA is failing as an organization because one game isn’t drawing as much as an NFL playoff game is ridiculous. Newsflash, if the NBA averages 10 million viewers per game of this Finals (which, keep in mind, would be a decrease in viewership based on Games 1 & 2), AND if the series only goes five games (the minimum amount based on the current series score), that would still be 50 million viewers for one round of the playoffs. Guess what! According to The Hollywood Reporter, that’s more than any divisional or wild card game in the NFL playoffs last year. It’s more drawn out. It’s less desirable for a company looking to buy ad space, but a single NBA series usually draws more eyes in total than a singular NFL game.

Now, the disgruntled NFL fans among you might be thinking: “That’s…