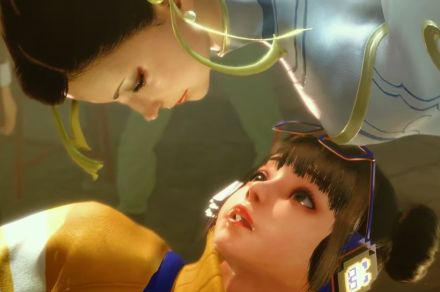 Street Fighter 6 shows off its new style in debut trailer

This summer’s PlayStation State of Play was packed tight with big names, including Street Fighter 6. Capcom revisited the highly anticipated follow-up to its flagship fighting game series with a detailed trailer that showcases the setting, gameplay, and versus mode, including cameos from Ryu and Chun-Li. It looks slick, even if it’s shifting the art direction from what Street Fighter fans already know.

Street Fighter 6 stars a new protagonist called Luke — introduced in the first few moments of the trailer. We see him training at a martial arts gym in what looks like New York City. Heck, the Statue of Liberty is pictured in a zoomed-out shot of the harbor. Like Street Fighter 5, it seems that Street Fighter 6 will have some kind of story mode. It involves some open-world exploration, where Luke will meet roam the streets of New York and take on familiar fighters from the series. Ryu and Chun-Li appear, along with other newcomers Jamie and Kimberly.

The semi-realistic, anime-inspired character models are the same, and so is the controversial Street Fighter 6 logo that veers away from the traditional, graffiti-style Street Fighter typeface. However, the new trailer showcases how newly implemented color splashes can draw eyes to every punch and kick. Ironically, the game looks like it has more color and graffiti-inspired art than ever.

The latest trailer doesn’t detail any of the new or returning mechanics, but it does imply a new style to come. Capcom referred to Luke as the future of the series when it released him as the last DLC character for Street Fighter 5. It looks like this is what they meant. Street Fighter 6 will also notably be including FGC commentator voices in the game, which is a first for the series.

Street Fighter 6 will launch sometime in 2023. This is the first time Capcom has given even a vague release window since announcing the title.