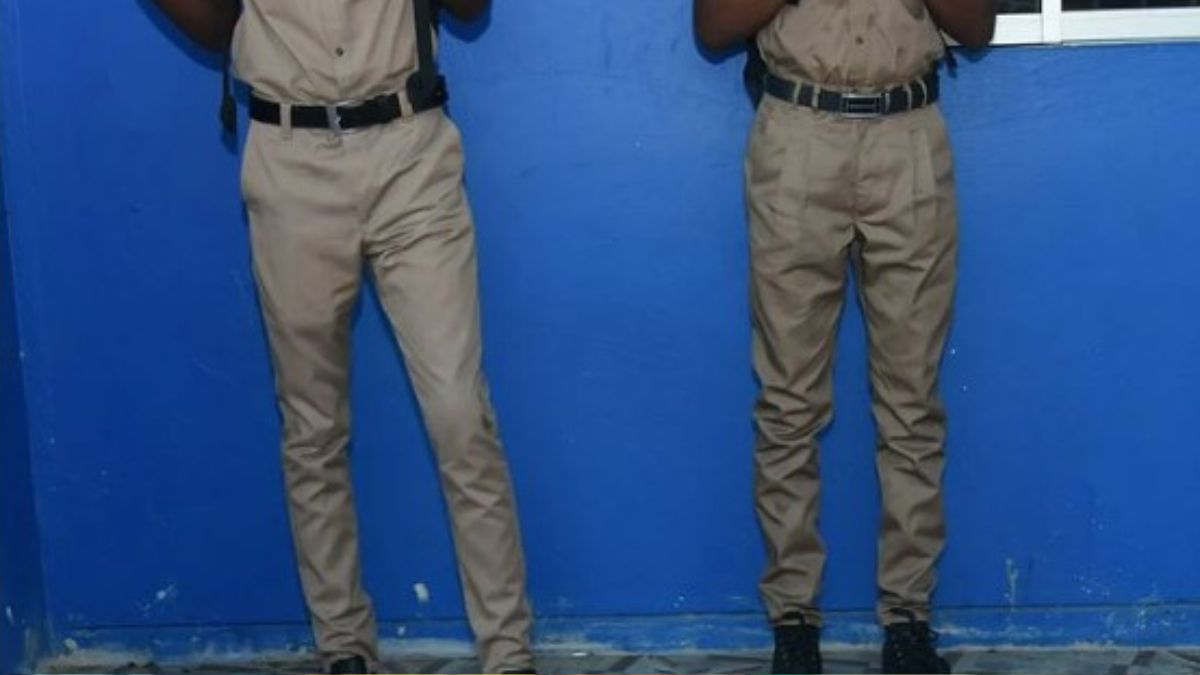 A new school year began on Monday morning, but much has remained the same in regard to the barring of students who were deemed in violation of school grooming rules.

Several students from Holland High School in Trelawny were temporarily banned from attending their classes this morning until they had complied with the school’s grooming rules. Among the breaches that were flagged by the school’s administrators were the pants worn by multiple male students that were considered far too tight to allow them entry.

Two male students that were barred from their classroom because their pants were considered too tight.
Image – Ashley Anguin via The Jamaica Gleaner

The hairstyles of some students were also deemed unsuitable, once again raising questions about the long-standing problematic issue that continuously reappears in the media.

A female student at Holland High School had to remove beads from her hair before she could enter her classroom.
Image – Ashley Anguin via The Jamaica Gleaner

Reports from the Jamaica Gleaner state that none of the children was sent home, though they were initially barred, and school administrators called and spoke with their parents about the violations. According to Principal Dayle Evans, the returning students were aware of the school’s dress code policies.

While speaking with school officials in August, Minister of Education Fayval Williams recommended that school officials be more creative and not immediately choose to bar students because of indiscipline. Minister Williams also noted that barring students violated article 28 of the United Nations Convention on the Rights of the Child and the 2004 Child Care and Protection Act.