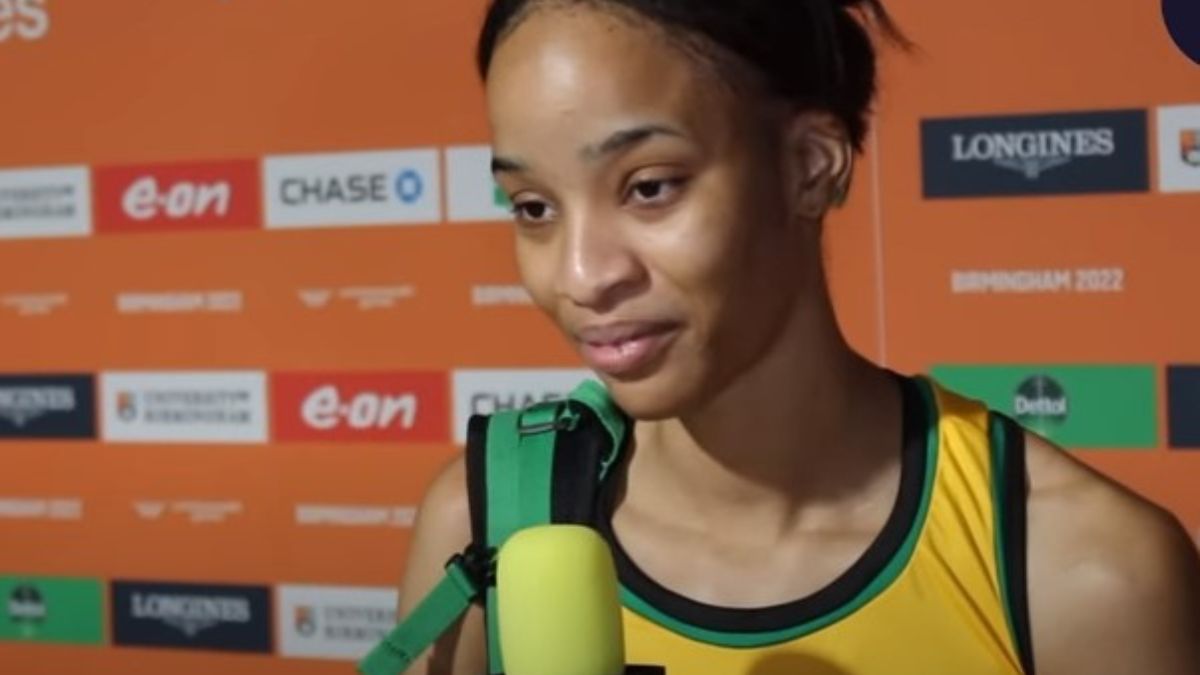 On the heels of their 67-51 win against New Zealand in the semi-finals on Saturday, netballer Shamera Sterling revealed a not-so-well-known fact that the Sunshine Girls are not paid for competing and called for more financial support.

In a post-game interview with Tallawah TV, the Sunshine Girls goalkeeper called out Prime Minister Andrew Holness and pointed out that the team did not have many sponsors and would need more to get paid as they were representing the country “voluntarily”. Sterling stated that her teammates’ love for the sport was a key factor in remaining consistent given their financial situation and called for more support from corporate Jamaica.

The reporter questioned Sterling about what would a gold medal mean to her and the girls. She replied stating, “I hope the prime minister is seeing this… We love netball but I hope us heading into the finals will put corporate Jamaica on board with us to at least get paid.”

This will not be the first time Sterling has brought the Girls’ plight to light. While talking about the Girls’ overall performance and training in a 2021 interview with the Jamaica Observer, Sterling implored Netball Jamaica to engage with partners who could provide resources to benefit the senior team program. Citing the Sunshine Girls’ financial issues, she also appealed to corporate Jamaica and said though they loved netball, it can become discouraging when they are not getting anything from it.

Former Sunshine Girls captain, Simone Forbes, has also shared her views on the topic in the past and called for the national senior netballers to be given a monthly salary in 2019. According to the Jamaica Star, Forbes stated that when she retired in 2011, they were receiving a weekly stipend and eight years later, nothing had changed. Forbes also said that if the netball association switched from a weekly stipend to a monthly salary, the players would be able to focus on the game.

“I know that if we were to pay them and they wouldn’t have to focus on the other things that they have to do to survive, you imagine what more we could get from them,” Forbes…